Ofcom announced the annual licence fees that mobile operators will pay for 900 and 1800 MHZ spectrum, from 31 January 2019. 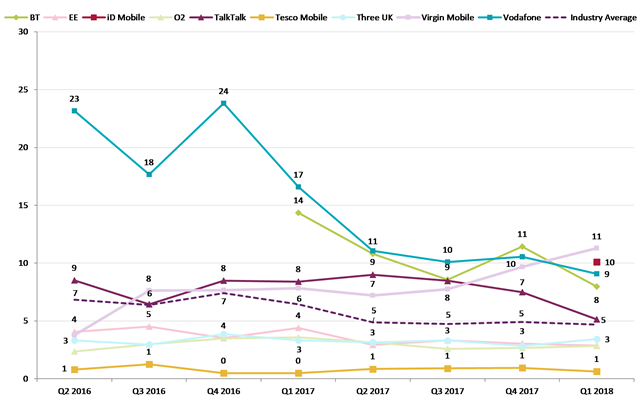 The operators use 900 MHz and 1800 MHz spectrum bands to provide mobile voice and data services, using a mix of 2G, 3G and 4G technologies.

In June, Ofcom published a consultation on the proposed licence fees that should apply for these spectrum bands.

Ofcom also announced another consultation  on the annual licence fees for the 40 MHz of spectrum in the 3.4 GHz band, and 80 MHz in the 3.6 GHz band, that are licensed to UK Broadband, which is owned by Hutchison 3G UK. The fees for both 3.4 GHz and 3.6 GHz spectrum would be £0.358 million per MHz.

Ofcom will propose the fees for 3.4 GHz spectrum shortly. Ofcom plans to phase-in the increase in fees for 3.6 GHz spectrum over the period to mid-2020. The consultation runs until 11 February 2019.

Vodafone noted the high degree of variability in 900/800 MHz ratios in the Tier 1 countries and argued that there was no reason to assume the value for the UK was more likely to be in the middle of the range than other countries.