Ooredoo has revealed that the Capex touched QAR 850 million, registering 5 percent increase, during the first quarter of 2021. 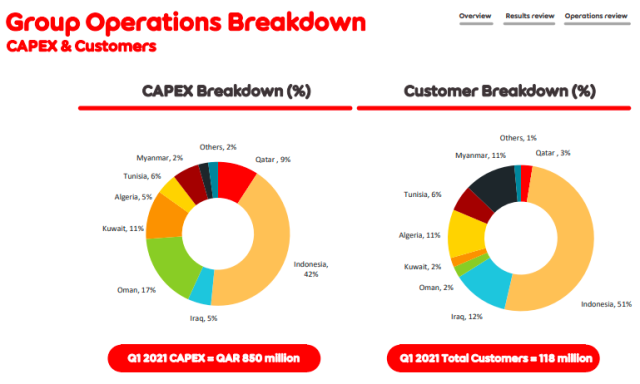 Ooredoo reported that its revenue declined 1 percent to QAR 7.2 billion in Q1 2021 due to a negative FX impact. Despite the COVID-19 pandemic excluding FX impact, revenue increased 1 percent, mainly driven by growth in our home market Qatar and in Indonesia.

Data revenues account for more than 55 percent of total Revenue driven by data leadership and digital transformation initiatives across our operations.