“The increase in Capex in the 1st quarter of 2018 is in line with the 7.4 billion euros forecast for the year and reflects our ongoing investments in 4G and very high-speed broadband fixed services,” Orange CEO Stephane Richard said.

Over 90 percent of the population across European countries have access to Orange 4G. The global telecom operator said 4G coverage in France is 97 percent. Orange’s fibre reached 27.7 million households (an increase of 6.2 million, or 28.9 percent year on year) in Europe. 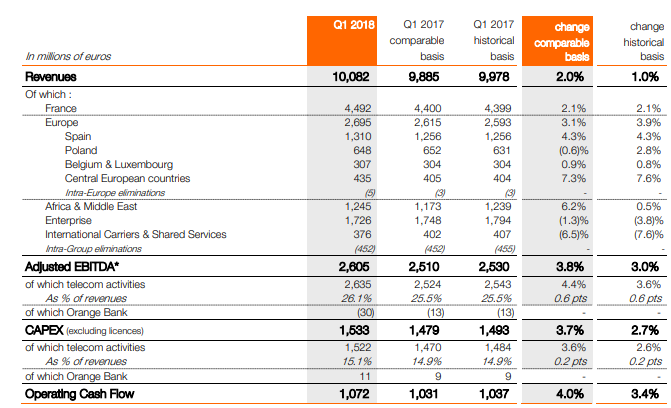 Orange said its Q1 Capex as a percentage of revenues was 15.1 percent, an increase of 0.2 percentage points.

Orange’s fibre investments were mainly focused on countries such as France, Spain and Poland. Orange enhanced fibre investment in France and Spain, benefiting in part from significant co-financing from other mobile operators.

Investment in 4G and 4G+ services remains high, with accelerated rollout in France, Spain and in the Africa & Middle East segment.

Orange also focused on making investments in France and Spain for enhancing the customer experience, including enhancing coverage outside urban areas and increasing connection speeds in major cities.

Orange made 4G investment in Cote d’Ivoire, Morocco and Egypt in Africa & the Middle East.

Orange has also invested in information systems and service platforms due to the launch of transformation and digitisation projects in Belgium and Spain. 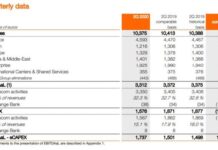