Telecom Lead India: Reliance Communications is set to offer around 50 percent discount on 3G data service to iPhone users on its network.

Reliance Communications is the country’s largest 3G operator based on subscriber numbers.

The strategy is to increase ARPU from 3G. The mobile operator is also looking at increasing its access to the post-paid customer market in key cities across the country. 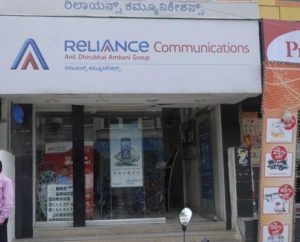 Gurdeep Singh, chief executive officer (wireless business) of Reliance Communications, said: “There will be around 140 million more smart phone users in India over the next two or three years. We are targeting to get 40 million of them.”

Reliance Communications will be offering 6 GB of data surfing a month at Rs 804 to iPhone users on its network, according to media reports.

Reliance Communications will also offer premium numbers to new iPhone customers on its network, and free access to applications What’sApp, Facebook and Twitter for three months.

The company will roll out services in seven cities, including Mumbai and Delhi to start with, and are restricted to iPhone users.

For Apple, India is an important mobile phone market that is dominated by Samsung. Despite aggressive marketing efforts of Apple, the device major does not feature in top 5 smartphone makers list in India in Q4 2012.

As per the IDC Asia/Pacific Quarterly Mobile Phone Tracker data for Q4 2012, the India smartphone shipments reached 5.4 million units, up 38 percent q-o-q, contrary to the 5 percent decline in the feature phone segment.

“With increased affordability of handsets and further slashing of 3G tariffs, this market has tremendous potential to show consistent double digit shipment growth in the coming quarters,” said Manasi Yadav, senior market analyst for Client Devices at IDC India, in a March 14 note.

For Apple, Reliance Communications is the third Indian telecom operator for offering bundled data plans. The device major has similar associations with Bharti Airtel and Aircel.