The integration of the Hawk submarine cable system with the Reliance Global Network will create additional capacity of 20 terabits in the Mediterranean region and will enable Falcon to carry the same capacity between Europe and India as well as between Europe and Middle East. 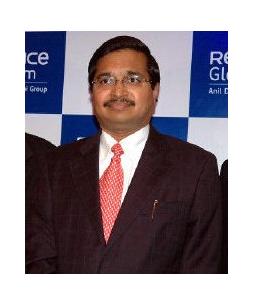 The integration of Hawk, according to Reliance Globalcom, will enhance the capability of carrying 5 Mn HD quality interactive video channels simultaneously, benefiting the broadband users in India and Middle East as it will serve 2.4 billion people in the region connected on the Reliance network.

The Hawk cable system that was built by Reliance Globalcom last fiscal to initially set up the world’s first Mediterranean Gateway and Hub at Cyprus has demonstrated its strong resilience as it carried 180 Gbps of data during the cable cut off Egypt and India recently.

Hawk is designed with two routes – one express route connecting Marseille in France and Alexandria in Egypt and another local route, with a spur to Yeroskipos in Cyprus meant for establishing a low latency, high-speed diverse alternate route on the Europe – Middle East segment, complementing Reliance Globalcom’s Falcon and FEA cable systems.

Now by interconnecting with Reliance Globalcom’s cable system in Egypt, Hawk creates novel opportunities for carriers in the Middle East and India to cater to growing customer requirements for high-speed, reliable and cost-effective solutions.