Airtel is continuing to lead the Indian rural mobile subscriber base with 86.81 million in September 2013, according to TRAI data. Vodafone is in second position with 83.19 million.

BSNL, the state-run telecom operator, is in the fourth position with 39.80 million subscribers, TRAI data for September quarter showed. 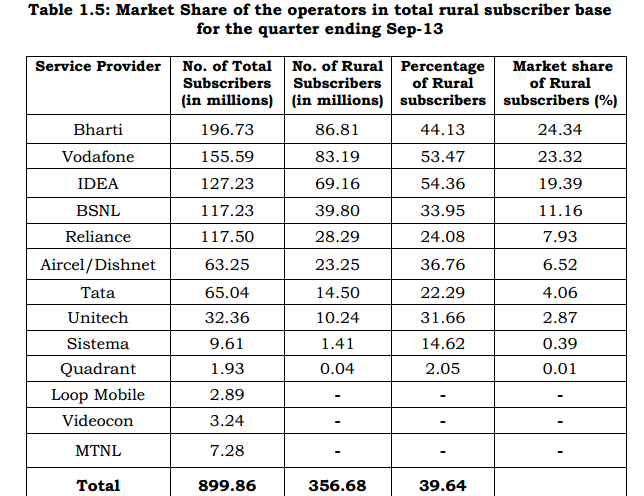 According to TRAI, Idea Cellular continues to be the Service provider with highest proportion of rural subscribers (54.36 percent), followed by Vodafone (53.47 percent) to their total subscribers.