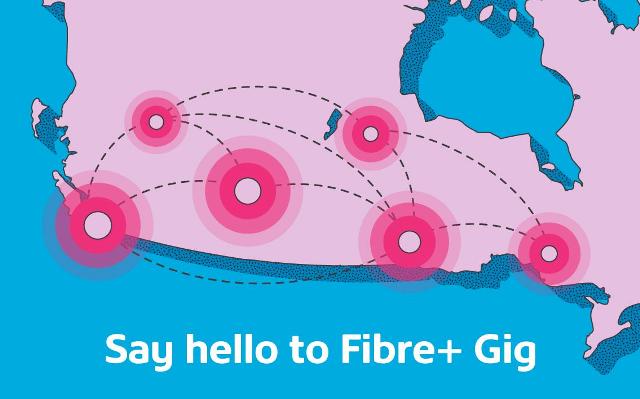 “With the launch of our Fibre+ Gig 1.5 product, we are delivering the speeds and capacity needed by today’s super users and data-heavy customers, while confirming Shaw’s position as the Western Canadian leader in gigabit speed deployment,” said Paul Deverell, president, Consumer, Shaw Communications.

Ookla, a testing firm, has recognized Shaw as the fastest and most consistent internet provider in Western Canada.

“The hard work and investments we’ve made in building, upgrading and expanding our Fibre+ and Fast LTE networks and services — nearly $30 billion over the past seven years — allow us to deliver these ultrafast speeds to Western Canadians over our existing infrastructure,” said Zoran Stakic, chief operating officer and chief technology officer of

Shaw’s new internet speed tier is a premium product with unlimited data, available to customers for $165 per month on a 2-year ValuePlan.

The new Fibre+ Gig 1.5 internet service from Shaw is available in the vast majority of neighbourhoods in Vancouver, Victoria, Calgary, Edmonton, and Winnipeg, and it is also available in smaller cities Shaw serves, such as Dawson Creek, B.C., Banff, Alta, and Burnaby, B.C.

Ookla’s recent data verified that Shaw was the fastest internet provider in these cities based on its analysis of Speedtest Intelligence data on average download speeds.

All of Shaw’s internet plans of gig-speed or faster are immediately available to subscribers with Shaw’s latest Gateway modem, without the need to wait for additional equipment or hardware upgrades.