Telecom Lead Asia: Singapore Telecommunications (SingTel) has exited the Pakistan mobile market by selling its 30 percent stake in Warid Telecom to a unit of the Abu Dhabi Group for $150 million.

With this transaction, the Abu Dhabi Group will hold 100 percent stake in Warid Telecom, the fourth largest mobile service provider in Pakistan.

SingTel will take an estimated loss of about $186 million on the transaction.

Recently, Singapore Telecom said it is interested in entering the Myanmar telecom market. 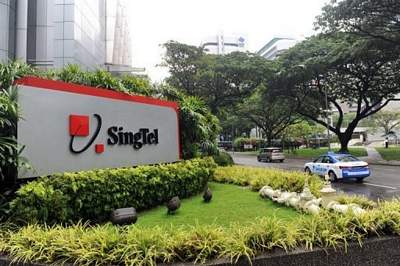 As per the transaction, SingTel will receive $150 million in cash and a 7.5 percent share of proceeds from any future sale or public offering of Warid.

The sale of SingTel’s stake in Warid follows a strategic review of the investment, its competitive position and opportunity.

Its exit from Pakistan reflects the ranking of Warid Telecom. Operators such as Mobilink, Telenor, Ufone and Zong are ahead of Warid.

Abu Dhabi Group’s association with SingTel dates back to 2005. The Group entered into a strategic alliance with Singapore Telecom in 2005 and SingTel acquired 30 percent stake in Warid Telecom, Pakistan.

Abu Dhabi Group is a large business conglomerate in the Middle East and a major investor in Pakistan. It has diversified business interests, offering strong financial resources and extensive management expertise.

The Abu Dhabi Group invests in a number of emerging markets including East- & South Africa, the Middle East, South Asia and the Caucasus/Black Sea region in a range of sectors.

Pakistan is dominated by low ARPU users, with subscribers spending an average of $2 to $3 a month on mobile services, according to based Research and Markets.

According to an article on Warid Telecom website, about 3 percent of the company’s users are post-paid and pay a monthly rent. It equates to over 500,000 post-paid users, which have been instrumental in raising Warid’s combined ARPU to about $3.5.