American wireless carrier Sprint is set to eliminate jobs this month in a bid to cut costs.

It’s not clear whether rivals AT&T and Verizon Wireless will follow suit.

The elimination of jobs is after Sprint lost 864,000 total retail subscribers in Q2 2014 and reported a year-to-year decline in corporate and wireless service revenue. Its wireless business increased 0.2 percent in Q2 2014 due to its growing wireless equipment revenue.

The Overland Park, Kansas-based company trailed AT&T and Verizon in LTE coverage ending Q2 2014, yet Sprint surpassed its mid-year goal of 250 million LTE POPs with a total of 254 million LTE POPs in 488 cities.

The SoftBank-owned telecom operator on Friday said in a regulatory filing that it will book a $160 million charge in its fiscal second quarter to cover this round of layoffs, which will largely be completed this month.

It may take more charges for future job cuts. 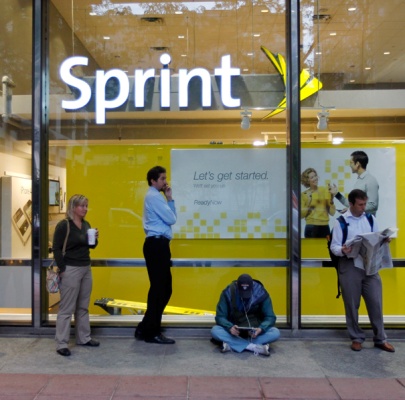 An exclusive report from AP said Sprint will be cutting an unspecified number of jobs this month to reduce costs as it tries to better compete with AT&T and Verizon, and hinted that more layoffs are possible.

The October job cuts will include managers as well as other employees. The wireless carrier has previously said job losses would come in its IT, portfolio management, network and technology divisions.

Sprint had 38,000 employees at the end of December.

It shut down its struggling Nextel service last year.