Swisscom has revealed that Urs Schaeppi has decided to step down from his role as CEO on 1 June 2022. Swisscom has also elected Christoph Aeschlimann as the new CEO. 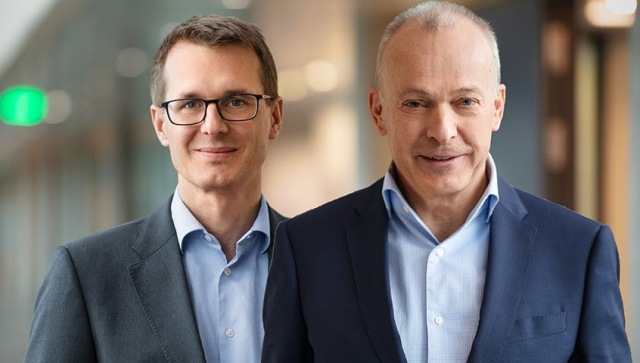 Urs Schaeppi is leaving the telecom giant after a successful 23-year career at Swisscom, including nine years at the helm of the company.

Christoph Aeschlimann (45) is currently Head of Infrastructure, Network and IT and a member of the Group Executive Board. He and his family live in Geneva.

Since Urs Schaeppi took over as CEO in 2013, the number of blue TV customers has increased by around 60 percent and the number of Fastweb broadband customers in Italy by around 40 percent. Both the mobile and fixed network infrastructures have been expanded in recent years and are now among the best in the world. The IT business in Switzerland has grown strongly under his leadership, and it has expanded into areas such as cloud and security.

Christoph Aeschlimann has been Head of Infrastructure, Network and IT and a member of Swisscom’s Group Executive Board since 2019. After completing his degree in computer science at the Federal Institute of Technology Lausanne, he gained an MBA from McGill University in Canada. He then began his professional career as a software developer at financial services provider Odyssey. After a short period with innovation services provider Zuhlke, he returned to Odyssey, where he held a number of management positions.

Before joining Swisscom, he worked for software developer ERNI in different managerial positions, initially as Managing Director Switzerland, then as CEO of the group. Christoph Aeschlimann grew up in Basel and has lived in Geneva with his wife and two children for many years. Christoph Aeschlimann’s successor as Head of Infrastructure, Network and IT will be announced in due course.