T-Mobile US has revealed that CEO John Legere has stepped down and Mike Sievert will be the new chief executive officer. 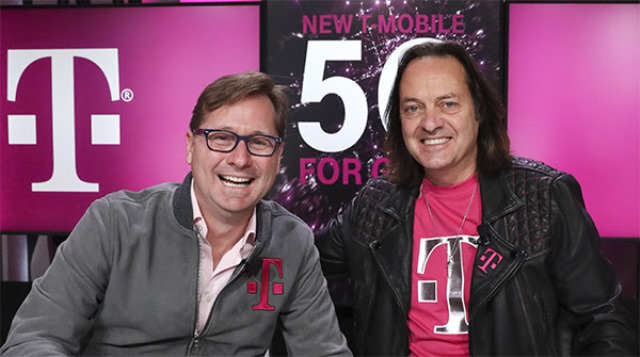 CNBC had reported last week that WeWork, a SoftBank group company, had talked to John Legere about a CEO position. Meanwhile, AT&T will be looking for a new CEO shortly. John Legere is yet to reveal his future plans.

Mike Sievert will assume the role of CEO from John Legere after the conclusion of John Legere’s contract on April 30, 2020. John Legere will remain a member of the Board of T-Mobile. The development assumes significance because T-Mobile is currently facing huge crisis in the wake of delay in closing its $26 billion deal to buy SoftBank-owned Sprint.

T-Mobile, a subsidiary of Deutsche Telekom, said the CEO transition is part of the Board’s well-established succession planning process to position the next generation of leadership at T-Mobile to take the company forward.

John Legere, as the architect of the Un-carrier strategy and the company’s transformation, has put T-Mobile US in an incredibly strong position,” said Tim Hottges, Deutsche Telekom CEO and chairman of the Board of T-Mobile US.

“John taught everyone at T-Mobile that if you listen to customers and empower employees, you can change a culture – and by doing so – change a company and an entire industry. John will support this leadership transition while focusing on closing our pending acquisition of Sprint.”

Mike Sievert has worked alongside Legere for the last seven years, transforming T-Mobile into the fastest growing wireless provider in the market and ultimately into the successful Un-carrier.

Mike Sievert, as T-Mobile’s chief marketing officer and then COO, led design and execution of the 16 Un-carrier moves that have defined the company and established T-Mobile as the customer satisfaction leader and most-loved brand in the industry.

Mike Sievert, in his current role as president and COO, leads a team of tens of thousands of customer-focused disruptors and innovators who are changing the rules of wireless every day. He leads all of T-Mobile’s marketing and product groups, and all retail, sales, and customer support groups for all of T-Mobile’s segments and brands, among other responsibilities.

Mike Sievert has worked with Legere on T-Mobile’s merger planning, integration, and regulatory approval initiatives, with the goal of creating the New T-Mobile by closing the pending acquisition of Sprint.