Friday’s decision to abolish the 10 percent cross holding norm will have a negative impact on global operators and their future investment plans for India. It will block operators such as Verizon to enter Indian wireless market.

Through the new guidelines by the telecom ministry, India shows that it wants to encourage more competition in the domestic mobile market as the new cross holding norms will not entertain dominant position to a couple of strong telecom operators in the country by influencing mobile tariffs.

But globally, there are lighter M&A guidelines to follow though there are tough competition laws.

For instance, if Vodafone wants to retain its presence in India, the second largest telecom market in the world, the telecom giant cannot pick up stake in SingTel of Singapore in future.

This is because SingTel has a minority stake in Airtel that competes with Vodafone in India.

The same way, SingTel cannot buy stake in Vodafone plc of the U.K. since there will be cross holding issue in India. In this context, one of these telecoms needs to get out of India to go ahead with a possible merger or stake sale.

The other loop hole in the new M&A guidelines is that Vodafone Group plc and SingTel can share telecom infrastructure in other countries, though the financial benefit will go to their parent. These same parents cannot have a cross holding equity in India.

For instance, Vodafone Hutchison and SingTel Optus have a site sharing joint venture agreement in Australia as they seek to free up costs and accelerate network upgrades. They agreed to team up to enhance their mobile coverage through network sharing joint venture to take on dominant rival Telstra. 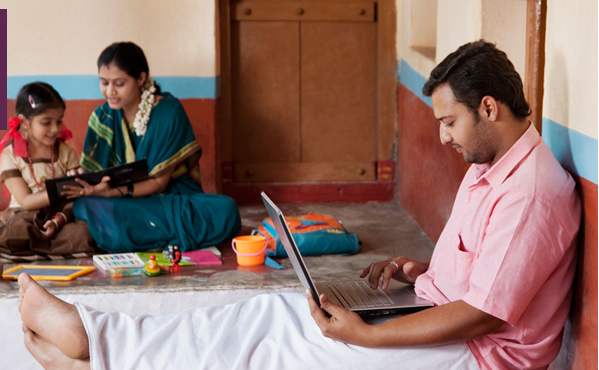 Will India block Verizon if the telecom giant wants to enter Indian cellular market through the next round of spectrum auctions because Vodafone is already present in India?

The new cross holding guideline virtually blocks the possible presence of Verizon in India through the next round of spectrum auction or a possible stake buy in Videocon, etc. Indian telecom ministry should clarify such issues or the guidelines should have covered such possibilities.

Several telecom equipment makers fund telecom operators’ network roll outs. For instance, Huawei may be assisting Vodafone in Africa and SingTel in Australia. There are substantial benefits due to funding in the initial part of roll outs.

Will Indian telecom ministry consider this kind of funding (not equity) that offers indirect benefit to their parents and direct financial influence to fund their ventures in India — as part of their M&A guidelines?

It seems that Indian telecom ministry — guided by minister Kapil Sibal — does not want to take long term decisions for the mobile industry. I would like to highlight one issue here, though I have earlier suggested that Vodafone Group should be under the Indian guidelines.

Vodafone or any other telecom operator should be under long term policy. We cannot alter policies every 5 years or every quarter. As the stakeholders know, mobile industry is a capital intensive industry and stakes are very high.

Indian telecom department should allow operators to run efficiently without facing hassles due to loop holes in guidelines.

Vodafone will become a victim if they are forced to sell its 4.4 percent stake in telecom services provider Bharti Airtel – worth about $1 billion – as the new rules published on Friday outlawed crossholdings in rival telecom companies.