ITU says growth of broadband has seen IP traffic skyrocket from around one petabyte 20 years ago to an estimated 44,000 petabytes (44 exabytes) at end 2012.

In 2013 alone, IP traffic is expected to grow by around 14 exabytes per month – the monthly equivalent of twice total cumulative global traffic for the whole decade from 1994 – 2003, according to the 2013 edition of ITU’s flagship regulatory report Trends in Telecommunication Reform.

Growing number of connected people and connectable devices will drive the telecom sector. 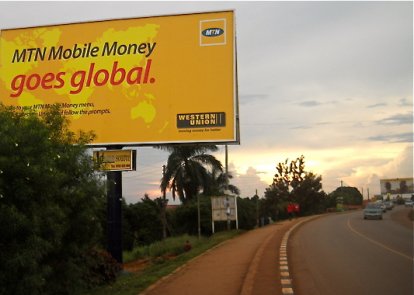 Data continues to generate of 90 percent of all consumer traffic, with the largest volumes associated with file sharing, video streaming, video calls and online gaming.

New mobile devices providing a higher quality user experience are driving faster uptake of gaming and video calling, both of which are expected to continue to notch up over 40 percent year-on-year growth between 2010-2015.

For regulators striving to create a level playing field and ensure non-discriminatory practices and transparency of market information, this period of transition to a truly transnational market for ICT services is creating a need for stronger cross-border, regional and international cooperation.

Hamadoun I. Toure, secretary general of ITU, said: “The challenge every regulator faces is to create the right environment for service development and competition that ensures the best quality services and best-value offerings succeed, and that consumers ultimately reap the benefits.”

In the area of spectrum policy, the constant pressure on spectrum availability caused by the mobile boom shows no sign of abating, with analysts predicting an 18-fold growth in mobile traffic between 2011-2015, driven by machine-to-machine communications, ‘over-the-top’ (OTT) services like VoIP, and new types of cloud service.

Current spectrum management best practice favors re-farming, re-use, and liberalization of current management frameworks. To ensure that frequencies are put to their most efficient and highest-value use, spectrum licensing is increasing moving towards market-based policies such as auctions, in-band migration, spectrum sharing and spectrum trading, to supplement or even supplant older, slower bureaucratic processes.

Trends in Telecommunication Reform 2013 notes that studies around the world confirm that at present, retail prices for international mobile roaming remain high, have no linkage to domestic mobile prices, and do not reflect the actual cost of delivering the service.

High retail prices are often linked to underlying wholesale prices in visited countries, but, as competition is relatively weak in the international roaming market, market forces alone may not be sufficient to rectify the situation, the report notes. Empowering consumers through greater pricing transparency is one suggested remedy.

Finally, the fast-growing field of cloud computing is giving rise to a number of new regulatory challenges, such as ensuring privacy and affirming clear ownership of personal and corporate data, dealing with unauthorized third party use of stored data, determining legal jurisdictions (if data is stored on servers in different locations), and avoiding anti-competitive lock-in of users of different types of cloud services. Cloud-based traffic continues to grow strongly, and is expected to represent at least two thirds of all network traffic flows by 2016.

Growth in number of users, applications and high-bandwidth traffic is pushing revenues in the ICT sector ever-higher, but traditional operators look set to continue to lose ground to new players, with up to 6.9 per cent of cumulative voice revenues (representing USD 479 billion) forecast to move to OTT VoIP services by 2020, and total OTT revenues estimated to grow from around USD 8 billion last year to as much as USD 32 billion by 2017.

At the same time, however, the position of OTT players is itself being challenged; a recent case of one OTT player compensating a traditional telco for traffic generated over its network is an example. Such developments could create a significant precedent for other operators around the world, the report says.

New services and devices are creating new usage patterns and revenue models. Multiple players are now operating in the same markets, but under different regimes – for example, traditional voice providers in competition not just with players in adjacent markets, such as ISPs and cable operators, but also with content and application providers, such as OTTs.