Vodafone, which is looking at emerging markets for strong revenue streams,  acquired bandwidth both in the short-range 2600 megahertz (MHz) band, as well as in the longer-range 800MHz frequency. This development could allow Vodafone to reclaim its status as a contender for leadership in the U.K. wireless market, according to IHS.

By 2012, Vodafone settled into third place, with around 23.8 percent share compared to 33.1 percent for Everything Everywhere and 28.7 percent for O2. 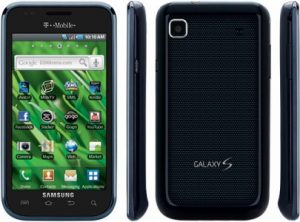 By spending big in both bands available in the U.K. auction, Vodafone is showing it doesn’t plan to shift its 2G frequencies at either 900MHz or 1800MHz to 4G services at any time in the short to medium term.

O2 won relatively modest amounts of 4G spectrum in the auction as it probably will need to refarm some of its 2G spectrum at some point after coming away with only 800MHz spectrum.

O2 will be an important operator for rural areas and will need to invest quickly to hit the rollout target by the end of 2017.

Without high-capacity 2600MHz spectrum, coupled with the need to focus on a countrywide rollout, it is possible that O2 will lose the battle for network quality in major population centers. This will be a major concern because O2 has the largest number of valuable iPhone subscriptions in the country.

Being able to refarm its 1800MHz spectrum and launch 4G for relatively little cost, Everything Everywhere decided not to invest heavily in this auction.

A 2 x 5MHz block will not be enough to offer good wireless broadband experience.

EE — along with another player, Three — will be aiming to use only its 800MHz 4G network to cover remote areas and for some in-building reach in cities, leaving  the bulk of urban needs to be served by its 1800MHz 4G network.

This will lighten the load on the 800MHz network. Over the long term, 2x5MHz may not be enough to remain competitive in speed and capacity with rivals possessing larger spectrum blocks.

IHS says Three played a conservative role in this auction after forking out for Everything Everywhere’s divested 1800MHz spectrum, which will now presumably be the central plank of its 4G rollout strategy.

The 800MHz winning by Three will open up rural markets that the company up to now was not able to effectively cover.

British Telecom spent £186 million to re-enter the mobile market after selling O2 to Telefónica in 2005.

However, with just short-range 2600MHz spectrum at its disposal, it is unlikely that BT will launch a consumer-facing mobile service of its own.

It could wholesale extra capacity to the four mobile operators and the many virtual operators; or it could use the spectrum to provide high-speed broadband in areas where ADSL and even VDSL are limited by the copper access network.