The company had 38.7 million Data (Mobile Internet) customers, of which 3.7 million used 3G services. Data ARPU came in at Rs 40, helped by average data download of 112 MBs per user per month, and blended data realization rate of 35.3 paisa per MB.

Value added services, which includes revenue from services apart from voice, data & others viz. SMS, MMS, Ring Back Tones, Airtel Talkies, Music on Demand etc. contributed to approximately 10.8 percent of the total revenues of the segment.

The revenues from mobile services stood at Rs 106,848 million, up 9 percent over the corresponding quarter last year. The revenue from this segment contributed to 77.9 percent of the total revenues of India & South Asia.

On-going regulatory issues, impact on data and messaging, as well as a lower rate of growth at Indus Towers affected the growth.

Service revenue grew by 16.2 percent driven by an 8.6 percent increase in customer base

Vodafone’s data revenue grew by 12.4 percent driven by the increase in data customers and higher penetration of data enabled handsets, as well as successful promotions. At 30 June 2012 active data customers were approximately 31 million including.

Reliance, despite changes in top level, did well in first quarter.

Its non-voice revenue has increased and contributes to 14.5 percent of total service revenue.

Idea’s 3G subscriber base has expanded to 3.1 million.

Consolidated OIBDA loss for the quarter stands at INR 4,509 million. 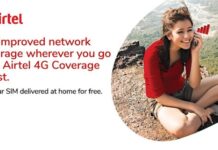