This is despite an anticipated CAGR growth of less than 4 percent in global telecom connections.

Annual mobile service revenues will rise from $968 billion to $1.1 trillion.

However, telecom service revenues will contract in 2018 for the first time in the history of the mobile industry, declining from 2017 levels by 1 percent or $7.8 billion. Over the next five years, innovation in services, tariffs, business models, network operations, and partnerships will be key revenue-generating strategies.

Growth will continue to slow in most markets around the world. Consolidation will help to alleviate some market pressures and is inevitable in many markets. But the need for revenue stabilization is becoming paramount for a sustainable future, Ovum said.

Telecom operators in developed markets face particularly challenging times. Connections in Western Europe will grow by a CAGR of less than 1 percent, while revenues will decline at a CAGR of 1.48 percent. Several other developed markets will see year-on-year revenue declines in 2018, including the US, which will begin to show signs of its maturity. 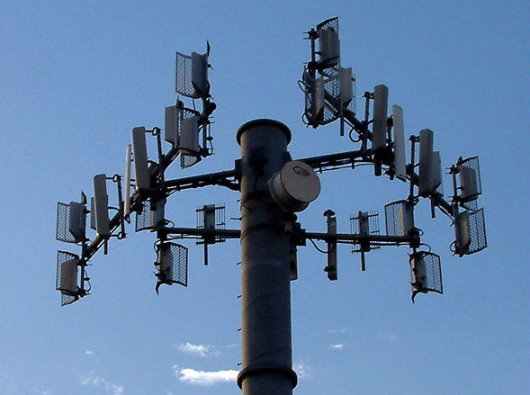 Much of the revenue decline will be driven by falling ARPU, which will continue to decline across all markets by a 2.7 percent global CAGR between 2012 and 2018. The greatest decline will be in the Middle East, where ARPU will fall by a 2.5 percent CAGR.  ARPU cannot fall indefinitely. In markets with very low ARPU, it will reach a floor and then stabilize.

Africa telecom revenues are expected to grow at a CAGR of 4.2 percent. No other region in the world will see revenue growth at a CAGR above 3 percent during the forecast period. Select markets in Asia-Pacific and South & Central America will also drive growth over the next five years.

Africa will also have the fastest-growing connections, increasing at a CAGR of 5.6 percent between 2012 and 2018, and ending the period with just over 1 billion connections.

Growth in Asia-Pacific will slow, but this region will remain the biggest contributor of new connections, driven largely by China, India and Indonesia.  Connections in this region will total 4.2 billion in 2018 and will account for 57 percent of net additions globally through the forecast period.