Telecom Lead Asia: Vodafone plc’s $2.2 billion plus ongoing tax tussle in India has divulged the keenness of the local government to tax corporates when they opt for M&A routes to enter India. 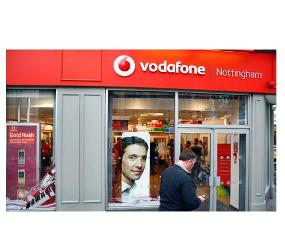 The tax burden already impacted the telecom behemoth’s plans in the country.

But its confidence in settling the issue with the government reflects Vodafone’s decision not to write off the amount in the balance sheet.

The government’s strategies to rake in money from telecom sector during the fiscal 2012-13 to manage fiscal deficit have already invited criticism from the mobile industry. Besides Vodafone, the government will look at 2G spectrum as money spinners.

READ HERE: Vodafone tax issue was re-opened by the government during the Union Budget 2012 that clarified the definitions of “property” and “transfer”. These two words affected the tax department’s jurisdiction on the Vodafone-Hutch transaction.

The discussions between Vodafone and the Government (represented by India’s finance minister P Chidambaram and earlier FM Pranab Mukherjee) did not assist the UK-based telecom giant in sharing the right perspective.

Vodafone, fighting the tax bill over its $11 billion deal to buy Hutchison Whampoa’s Indian mobile business in 2007, had appealed to the Supreme Court after losing the case in the Bombay High Court in 2010.

If the government goes ahead with retrospective tax changes, the British telecom major will be forced to pay Rs 13,000 crore in capital gains tax for buying 67 percent stake from Hutchison. The tax department had argued that Vodafone should have deducted tax before paying the amount to the Hong Kong-based company.

Recently, R S Gujral, finance secretary, said the revenue department had alerted both Vodafone and Hutch in March 2007 that the proposed transaction was prima-facie liable to tax and Vodafone should
withhold tax before remitting money.

But Parthasarathi Shome panel’s draft report is likely to pave way for Vodafone to get out of the Rs 11,000 crore tax case in India. If the government does not accept the recommendations, Vodafone will be forced to pay more than Rs 11,218 crore to Indian Tax Department.

The Income Tax Department had originally raised a demand of Rs 7,900 crore on Vodafone on its acquisition of Hutchinson’s stake in Hutch Essar through a deal in Cayman Islands in 2007.

The telecom industry questions the curiosity of the Indian government to introduce new regulations to tax such deals. It seems that several tax professionals are not aware of such taxing issues. India needs to be more transparent. It is important for the Indian telecom ministry to protect Vodafone from this tax trouble.

Note: TelecomLead.com’s editors have selected this news based on the impact it created on the industry and the company.