“The performance in the third quarter reflects continued strong execution on our strategy, focusing on growth, efficiency and simplification. Our cost base is stable, excluding DNA and project costs,” said Sigve Brekke, president and CEO of Telenor Group.

EBITDA decreased by 7 percent or NOK 0.9 billion on an organic basis, primarily due to the development in Pakistan. Reported EBITDA before other items was NOK 12.1 billion with an EBITDA margin of 41 percent. 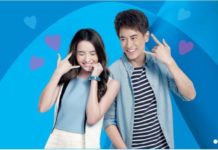 Telenor’s dtac to merge with True in Thailand in $8.6 bn deal