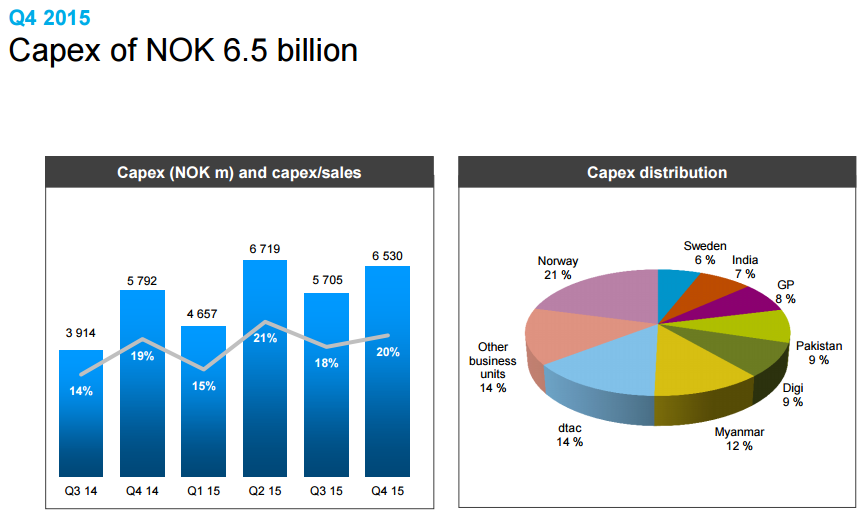 Telecom network operator Telenor has revealed its investment for 2016.

Telenor said investments will be centered on the rollout of high-speed mobile and fixed networks across the region.

The Capex to sales ratio of Telenor Group is expected to be 17 percent to 19 percent this year.

The telecom operator is expecting a organic revenue growth in the range of 2 percent to 4 percent and an EBITDA margin of 33 percent to 34 percent in 2016.

“We are entering 2016 with increased competition in some of our key markets, and it will be my key priority to secure focus on profitable growth and cost efficiency,” said Sigve Brekke, chief executive officer of Telenor Group. 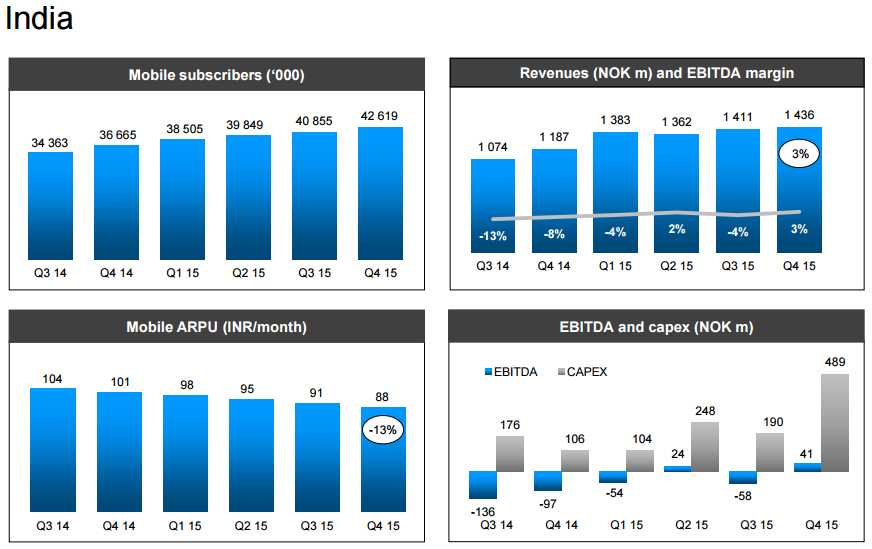