Its wireless revenue growth was primarily driven by continued subscriber growth and data usage due to continued smartphone adoption and the expansion of TELUS’ LTE 4G network coverage. 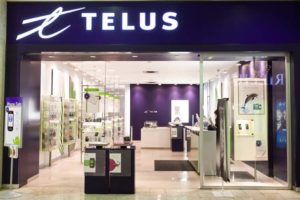 Data revenue from both wireless and wireline operations increased by 14 percent to $1.65 billion.