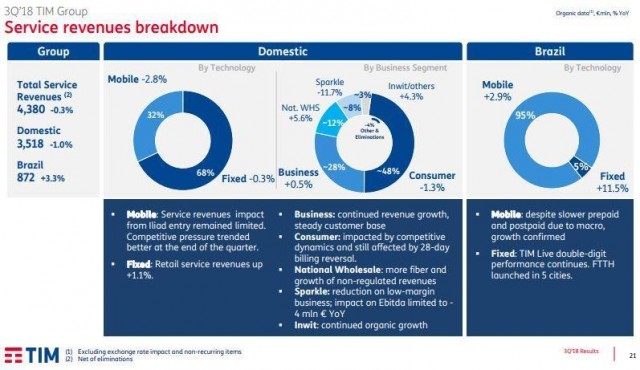 An earnings presentation from Telecom Italia said it has posted quarterly revenue of 3.793 billion euros, EBITDA of 1.758 billion euros with EBITDA margin of 46.3 percent and EBIT of –1.091 billion euros from domestic market during Q3.

Telecom Italia’s revenue from Brazil was 922 million euros, EBITDA of 357 million with EBITDA margin of 38.7 percent, EBIT of 127 million euros with EBIT margin of 13.8 percent during the third quarter.