The company will also expand its points of sale to 65,000 in Andhra Pradesh by end of June this year from 60,000. At present, it has 175 exclusive stores and 375 distributors in the circle.

Recently, Uninor CEO announced that its main focus will be on improving customer experience to mobile users in six circles of UP (West), UP (East), Bihar (including Jharkhand), Andhra Pradesh, Maharashtra and Gujarat.

Also read: Uninor to bet on Internet than SMS with Facebook and Whatsapp offers

Last month, Uninor has acquired an additional 1.4 MHz of spectrum in Andhra Pradesh in 1800MHz band. The total spectrum for Andhra Pradesh with this addition will be 6.4 MHz. This strengthening of spectrum will lead to superior voice and data services. 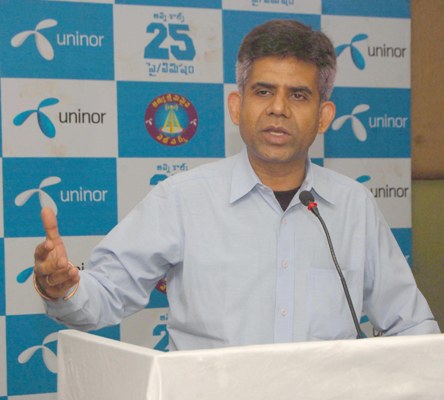 Satish Kannan, circle business head, Uninor said: “The announcement is a part of Uninor’s network expansion plan for Andhra Pradesh region of which Vijayawada is an important market.”

Uninor’s market share in Andhra Pradesh is 15 percent to 17 percent in Gross add, which is month on month additions in subscriber base.

Uninor achieved EBIDTA and OCF breakeven in all 6 operational circles within 4 years of launching services.