The mobile major will also add 1500 additional points of sale in the Andhra Pradesh state. Uninor will add 130 new towns and villages to its network coverage as part of the expansion.

It is worth mentioning that Uninor is the first Indian telecom operator to divulge details about circle-wise expansion plans. Usually, American operators such as AT&T, Sprint, Verizon, T-Mobile, etc. share state wise expansion plans and the number of sites they add.

Earlier, Uninor said it would expand its presence in Gujarat by setting up an additional 500 network sites by June 2013. The telecom operator will also go for one more round of expansion in the second half of this year in Gujarat. 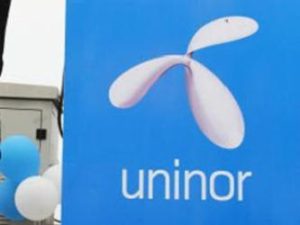 Uninor is also working on a brand new concept of Mee Stores that will deliver faster activation for subscribers choosing Uninor. Mee stores will offer new connections, recharge vouchers and value added services to its existing and new customers.

Uninor launched 14 such Mee Stores today and the number is expected to increase to 30 by the end of June.

Uninor CEO Yogesh Malik said: “Every day we challenge ourselves to make products and processes simpler for our customers. This is what the Mee Stores do – make the activation process faster and provide an exclusive store experience within traditional telecom shops.”

Uninor, which achieved break-even in Uttar Pradesh and Gujarat, says it will achieve break-even in the AP circle soon. The company is achieving its break-even without increasing tariffs or introducing complex products into the Indian telecom market.

Uninor’s connections and recharges are available through 56,000 retailers and 136 Uninor exclusive stores across the circle.

On an average, 8000 new subscribers are joining the Uninor network in AP every day.

Uninor will follow cost effective package strategy to win customers across the country.