Vodafone Group, in association with VMware, has completed the roll-out of network virtual infrastructure (NVI) across Europe.

Vodafone now has a single digital network architecture across its European markets, enabling the operator to design, build, test and deploy next generation functions more securely and around 40 percent more quickly.

VMware’s telco cloud infrastructure is deployed by Vodafone at more than 57 sites across Europe and 25 in its Africa, Asia and Oceania markets.

Johan Wibergh, chief technology officer of Vodafone Group, said: “Working with VMware, we have improved the speed and efficiency with which we can support customers and estimate that the cost of our core network functions has been reduced by 50 percent.” 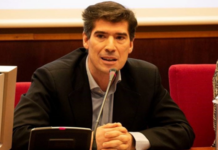