Telecom service provider Vodafone Group on Tuesday said its capital spending (Capex) will go up by an additional £1 billion ($1.6 billion) on upgrading its networks.

The second-largest mobile service provider after China Mobile said its investments in its Project Spring will expand to £7 billion ($11 billion) by March 2016 — a year ahead of schedule.

Vodafone last month said it would be spending a part of the $130 billion proceeds from a sale of its 45 percent stake in Verizon Wireless to upgrade telecom networks across the globe. Its primary focus is the expansion of mobile broadband driven by 3G and 4G.

Recent media reports suggested that American telecom giant AT&T may be looking at Vodafone for a possible acquisition. 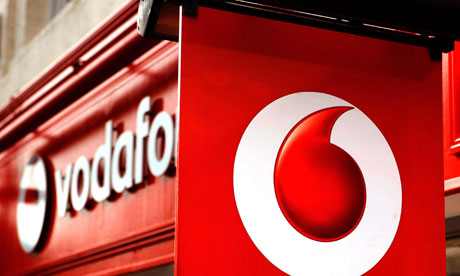 Project Spring’s goal is to improve Vodafone’s high-speed wireless and fixed networks in Europe as well as select high-growth markets like parts of Africa and India.

Earlier, Vodafone India said it would invest around Rs 5,000 to Rs 6,000 every year in expanding its network presence in the country. Vodafone India posted 13.5 percent increase in service revenue in the first half of fiscal 2014 to $3.25 billion, driven by voice and data revenue.

Vodafone, the second largest telecom operator in India, last month asked the Indian government for permission to raise its stake in its local unit to 100 percent by spending around $2 billion. India is Vodafone’s largest market by customers, and accounts for about 9.8 percent of annual revenue, though customer bills on the continent are lower than Europe.

“The regulatory framework is becoming increasingly clear, particularly in India, underpinning our expectations for continued strong growth and improving profitability,” Vodafone said in the statement.