Vi GIGAnet remains the fastest 4G network in India, as per Ookla. Vodafone Idea has the best voice quality in the country for latest 3 months consecutively – November 2020, December 2020 and January 2021, as per telecom regulator TRAI .

Vodafone Idea received board approval for raising up to Rs 250 billion through a mix of debt and equity. Vodafone Idea is currently in discussions with potential investors. 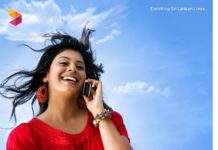