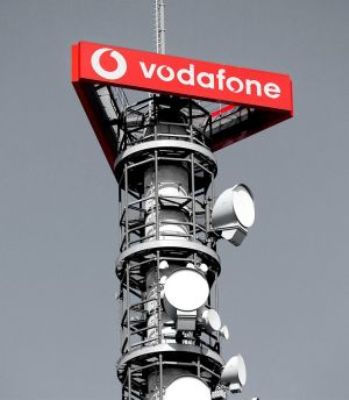 Vodafone India and Idea Cellular on Monday announced their merger deal valued at $23.2 billion to become largest telecom operator in the country.

The combined entity will overtake Bharti Airtel in terms of mobile subscribers and revenue in the Indian telecom market.

The combined company, which will have a new name shortly, would have almost 400 million customers, 35 percent customer market share and 41 percent revenue market share.

There will be cost and Capex (capital expenditure) synergies with an estimated net present value of approximately INR 670 billion or $10 billion after integration costs and spectrum liberalisation payments, with estimated run-rate savings of INR 140 billion or $2.1 billion on an annual basis by the fourth full year post completion.

Vodafone will own 45.1 percent of the combined company after transferring a stake of 4.9 percent to the Aditya Birla Group for INR 39 billion or $579 million in cash.

India’s largest telecom deal is expected to close during calendar year 2018. The deal is reflecting pressure on telecom operators in the wake of free voice and data offers from Reliance Jio Infocomm, a 4G operator promoted by Mukesh Ambani.

“For Idea shareholders and lenders who have supported us thus far, this transaction is highly accretive, and Idea and Vodafone will together create a very valuable company given our complementary strengths,” said Aditya Birla Group Chairman Kumar Mangalam Birla.

“The combined company will have the scale required to ensure sustainable consumer choice in a competitive market and to expand new technologies – such as mobile money services – that have the potential to transform daily life for every Indian,” said Vodafone Group Chief Executive Vittorio Colao.

The combination of the two companies’ networks and spectrum holdings, together with continued investment, will accelerate the pan-India expansion of wireless broadband services on 4G/4G+/5G technologies to build capacity.

The combined company will hold 1,850 MHz including 1,645 MHz of liberalised spectrum acquired through spectrum auctions.

It will be utilizing the largest broadband spectrum portfolio with 34 3G carriers and 129 4G carriers across the country.

Idea will contribute all of its assets including its standalone towers with 15.4k tenancies and its 11.15 percent stake in Indus Towers.

Vodafone will contribute Vodafone India including its standalone towers with 15.8k tenancies but excluding its 42 percent stake in Indus Towers.

Vodafone’s contribution of net debt will be dependent on Idea’s net debt at completion as well as customary closing adjustments.

Vodafone will contribute INR 25 billion or $369 million more net debt than Idea at completion. Based on Idea’s net debt of INR 527 billion or $7.9 billion, this would have implied INR 552 billion or $8.2 billion of debt to be contributed by Vodafone.

Vodafone will own 45.1 percent of the combined company after transferring a 4.9 percent stake to the Aditya Birla Group for INR 39 billion or $579 million in cash.