Vodafone India’s total revenue was £4.32 billion, while EBITDA was £1.24 billion.

The increase in service revenue was driven by strong growth in mobile voice minutes and data revenue, partially offset by the impact of regulatory changes.

For the year as a whole, growth was negatively impacted by the introduction of new consumer protection regulations on the charging of access fees and the marketing of integrated tariffs and value-added services.

However, in Q4 the customer base returned to growth and usage increased. Data revenue grew by 19.8 percent driven by increased data customers and higher smartphone penetration.

There was a lower rate of growth at Indus Towers, its network nfrastructure joint venture, with a slowdown in tenancies from smaller entrants, some operators exiting sites following license cancellations and a change in the pricing structure for some existing customers in the first half of the year. 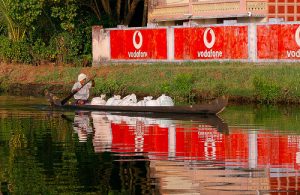 Vodafone’s performance is better than its rival including Airtel, MTS India, Reliance Communications and Idea Cellular.