For Vodafone, Delhi and Mumbai are very important telecom markets. The new strategy to renew 2G license assumes significance as the company does not to wait for the court orders.

It is not known whether Idea Cellular and Bharti Airtel, which are also facing similar license renewal issues, will follow the footsteps of Vodafone India.

Earlier, DoT had asked Vodafone, Bharti Airtel and Idea Cellular to bid for the spectrum afresh once the permits expired.

The DoT, the decision making agency in India, in its decision on 15 February 2012, had communicated that the validity of existing mobile licenses may be extended for another 10 years at one time, as per the provisions of the extant licensing regime with suitable terms and conditions.

Earlier as well, the Indian arm of Vodafone plc of the U.K. suggested that the mobile operator was ready to discuss new pricing with the Department of Telecom (DoT).

Vodafone India wrote to DoT secretary on 18 June offering to pay Rs 1,700 crore each for 2G spectrum in Delhi and Mumbai circles and another Rs 600 crore for airwaves in Kolkata along with a flat spectrum usage charge for the three telecom circles.

The offer assumes a discount to the reserve price set by the government in an auction that had been scheduled for March 2013 but failed because there were no bidders, Reuters reported on Monday.

Vodafone has further suggested that if the next round of spectrum auctions yielded a higher price, it would stump up the difference.

Vodafone India’s letter to DoT secretary says: “Once fair market prices have been established for 1800 Mhz, the same can be applied to the extension spectrum for our 1800 Mhz and with a 1.3 multiplier for our 900 auctions.” 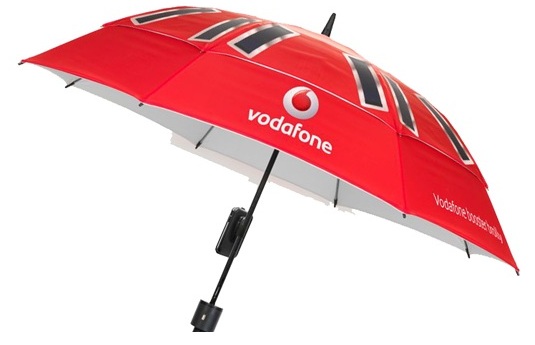 Vodafone, which holds spectrum in the 900 Mhz and 1800 Mhz frequency bands, said it had based its offer on the auction-discovered price for 1800 Mhz spectrum and used a multiplier of 1.3 times that price for the Kolkata circle, whereas for Delhi and Mumbai it pegged its price for 900 Mhz spectrum on the base price for these circles.

These telecom circles did not attract buyers in the spectrum auctions in November 2012 and in March 2013. With the previous 2G spectrum auctions receiving poor response from the mobile industry, an inter-ministerial panel on spectrum pricing decided to ask the telecom regulator TRAI to review the base price.