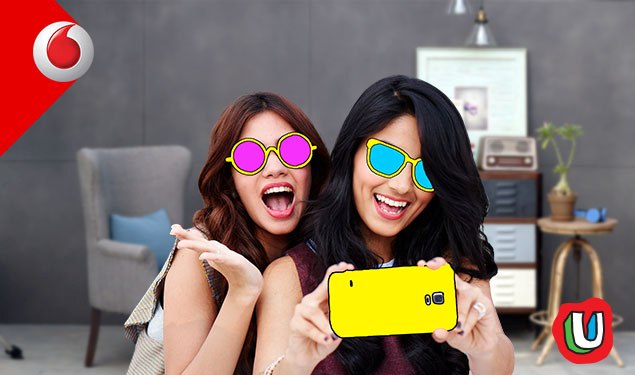 Vodafone India has introduced its upgraded network version, Vodafone SuperNet in UP West and Uttarakhand to over 1.14 crore of its subscribers.
The upgraded network claims to provide better data speed and connectivity due to its high capacity fiber backhaul support.
The telecoms owning a customer base of 462 million mobile customers and 13.4 million fixed broadband customers, has mobile operations in 26 countries, partners with mobile networks in 58 countries, and has fixed broadband operations in 17 markets.
“In the past six months, we have made significant upgrades to our network to enable a superior experience for our customers in the region. Vodafone SuperNet now encompasses remote locations, places of pilgrimage and Crucial inaccessible terrains with a future fit network,” said Dilip Kumar Ganta, business head, Uttar Pradesh West Circle, Vodafone India.
The company previously rolled out similar upgrades in Eastern UP, Gujarat, Haryana, West Bengal, Mumbai, Delhi-NCR, Kolkata, Karnataka and Kerala, in which the nine circles of Mumbai, Delhi, Kolkata, Karnataka, Kerala, Haryana, Gujarat, UP (E) and West Bengal add upto 70 percent of its data revenue, in India. It has previously announced to span 1,000 towns by the end of 2016, with its Supernet 4G services.
The telecoms has its 3G network in Uttar Pradesh, and Kumaon and Garhwal in Uttarakhand alongside others like Agra, Meerut, Bareilly, Dehradun, Haridwar, Garhwal, Tehri, Nainital, Champawat, Chamoli, Udham Singh Nagar, Almora and Yamunotri Highway.
It is trying to match up to rivals Airtel, which will be expanding launch its 4G services and Reliance Jio, which will be aired soon.
The company also revealed its ‘Vodafone U’ service, which is a young gen targeted service keeping users connected with friends, having voice and music based services and digital offers and experiences.
The company with a revenue of Rs 46,435 crore, has shown a growth of 10 percent with data revenue touching Rs 8,263 crore, in the first quarter of the year.
Vina Krishnan
editor@telecomlead.com
Tweet
Share
Share
Pin