Telecom Lead India: Vodafone India has urged the government to auction the currently unused (800 MHz, 900 MHz and 1800 MHz) spectrum at lower reserve price. The spectrum auction should be held simultaneously for all the service areas.

This reflects that there is still demand for spectrum in India. 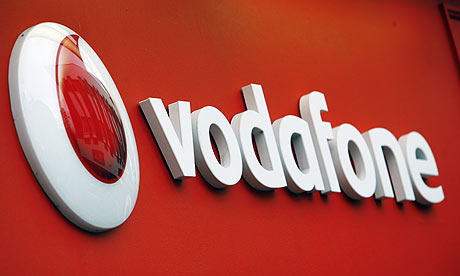 Spectrum is a vital resource for the industry with growing data demands and high voice penetration.

To ensure that there is a level playing field, all telecom operators should be allowed to bid for all spectrum.

Spectrum usage should be technology agnostic and the choice of technology should be left to the operators as market forces will decide which is best suited to meet customer demands. This will result in effective participation and bidding for spectrum, thus leading to a wider service offering with better quality of coverage for customers, while Government will be best placed to meet its fiscal demands.

TelecomLead.com on Tuesday reported that Vodafone India has clocked 3.7 percent decrease in revenue to £2.038 billion for the six months ended 30 September 2012. In H1 of 2011, revenue of Vodafone India was £2.117 billion.

Vodafone India said the Government should also follow TRAI’s advice to abandon staggered spectrum usage fees which are higher for operators who require more spectrum. This does not make sense if spectrum is bought in an auction and is paid for already. Spectrum usage fees should be flat and only represent the charge for administering the spectrum. TRAI has advised to put this at 1 percent of revenues.

Vodafone India has won bid in 14 circles in the 2G auctions. Its decision to participate in the 2G auction was to secure additional spectrum in many circles where it has not received any new 2G spectrum since 2008.