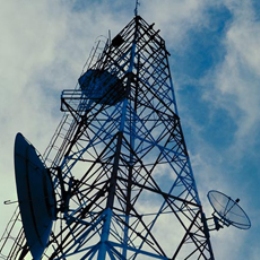 READ FULL TEXT of TRAI’s response to DoT on refarming of spectrum HERE.

As per TRAI’s response to DoT’s letter No. L-14001/18/2012-NTG dated 25th October 2012 seeking clarifications on the prescribed limit for spectrum, retention of spectrum on renewal of licences and refarming of spectrum, telecom regulator TRAI said the following:

The Authority had recommended that, on renewal/extension of licence, the licensee will be entitled for consideration to get spectrum to the extent of the prescribed limit i.e. 8/5MHz (GSM/CDMA) in all the service areas except Delhi & Mumbai where it will be 10/6.25 MHz (GSM/CDMA). In the event spectrum held by it is beyond the prescribed limit, the licensee would be required to surrender the excess spectrum.

A question has been raised about the continuing relevance of the prescribed limits at the time of the renewal of licenses in view of the delinking of spectrum from the licence. The Government has decided that, in future, all spectrum will be allocated through a market driven mechanism. What then is the sanctity of the prescribed limit?

In its recommendations of May, 2010, the Authority discussed the issues in paras 2.168 to 2.172. One of the options discussed was:

According to TRAI, it is important to recall the discussion contained in paras 2.4 to 2.9 of this Report. The crux of the matter is that an operator providing services over 20 years would have invested extensively on network planning and development including active infrastructure, planning of cell sites, MSCs, deploying equipment for backhaul connectivity, setting up points of interconnection, marketing and customer care centers, building up chains of dealers and distributors and other related infrastructure. Surely, such investments have been made on the reasonable expectation that, at the time of renewal, the operator would continue to have access to spectrum. If no such assurance was available, it would seriously and adversely impact investment incentives. What is even more important is the associated impracticality; without some assurance of spectrum availability, there could be a serious disruption to continuity of service to millions of subscribers and huge uncertainties for telecom operators. It was in this backdrop that the Authority recommended that spectrum up to the current holding or the prescribed limit, whichever is lower, is made available on license renewal. The Authority had, however, clearly recommended that the spectrum so assigned would be at a price determined by a market-based mechanism. The reasons cited then remain valid.

It is also important to note that the Cabinet has approved the National Telecom Policy, 2012 which incorporates the following provisions:

“3.5 To delink spectrum in respect of all future licences. Spectrum shall be made available at a price determined through market related processes”.

The wording leaves no doubt that the very purpose of delinking is to ensure that spectrum is made available at a price determined through a market related process. In short, the second sentence of 3.5 qualifies the first. The implication is clear. The delinking of spectrum and licenses is to ensure that a market-related process determines the price of spectrum. Surely, this wording of 3.5 does not justify creating discontinuity in service or creating all sorts of uncertainty. The prescribed limit only provides an assurance that if a licensee seeks renewal, there is reasonable assurance of the availability of spectrum so that operations can continue. No benefit can accrue to the licensee in terms of the price at which such spectrum would be made available: that would be market determined.

While discussing the issue of prescribed limit, the Authority, in para 3.21 of its recommendations of May 2010, noted that:

“It can be seen that with the contracted spectrum i.e. 6.2MHz for GSM and 5 MHz of CDMA, it is possible to serve most of the districts of the country. However, the average density of the district is not always truly representative of the demography of the area specially if the district has large urban areas. There are, today, 42 cities with a population of more than one million. The population density of all these cities is such that 8MHz of GSM spectrum and 5MHz of CDMA spectrum can effectively service the districts having such large cities, including their Central Business Districts, even assuming that the CBDs’ density will be 1.5 times the city density.”

Before examining any of the options, it is important to set out the parameters within which the exercise has to be undertaken. First, it is 24 essential to take into account the spectrum proposed to be auctioned in the 1800 MHz band. In terms of the Notice Inviting Applications (NIA) dated 28th September 2012, issued by Department of Telecommunications:

The second parameter concerns the availability of spectrum in the 1800 MHz band. Based on the data given by WPC vide its letter dated 29th October 2012, the Authority has taken into consideration only that spectrum which is available in at least 75% of the districts of the service area including the capital. This implied reduced availability of spectrum in UP West, Rajasthan, Himachal Pradesh, Bihar and Jammu & Kashmir.

Let us first examine the alternative of permitting operators to retain 5 MHz of spectrum in the 900 MHz band. In each of the LSAs there are three incumbent operators who were assigned spectrum in the 900 MHz band. Permitting them each to retain 5 MHz in each of the LSAs effectively means that 15 MHz of spectrum is pre-empted for incumbent operators. Now, spectrum available in the 900 MHz band ranges between 18.6 MHz in some LSAs to 22.2 MHz in other LSAs. If 15 MHz of spectrum is pre-empted for incumbent operators, the residual spectrum in 900 MHz band ranges between 3.6 MHz to 7.7 MHz. Thus, at best one new operator would be able to enter the 900 MHz band and in some LSAs we would not even have spectrum size of 5 MHz required to harness new technologies. In short, there will be too little spectrum on offer for fair and accurate price discovery and a successful auction. Moreover, it would not provide fair opportunity to all since the bulk of the 900MHz spectrum would, in effect, be reserved for incumbents. And, this would call into question the very purpose of undertaking the refarming. This option, therefore, even if feasible, clearly does not seem desirable.

At the other extreme is the option to undertake full refarming viz. all spectrum in 900 MHz band is vacated (this covers those whose licences are expiring up to 2016 as well as the PSUs).