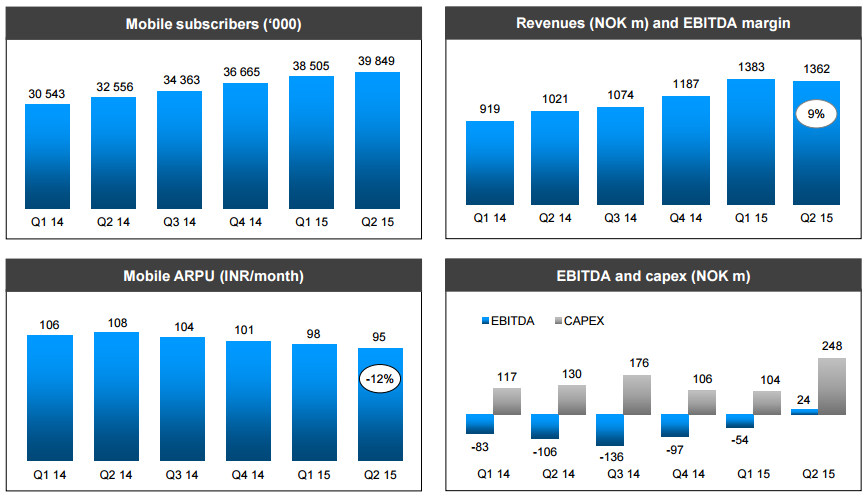 The challenge will aggravate if Reliance Jio Infocomm and Bharti Airtel start adding 4G LTE subscribers by offering the high end Internet on smartphones at 3G prices or less.

The main challenge of Telenor in India includes the absence of spectrum to roll out 3G and enough spectrum for seamless 4G experience. Uninor is currently planning to test narrow band 4G services using its limited spectrum. Incidentally, 4G is becoming a focus area for Telenor in European telecom markets.

Telenor last month said that the ARPU of Uninor dropped 12 percent to Rs 95 in the second quarter of 2015 from Q2 2014 – mainly driven by lower voice consumption and the impact from reduced mobile termination rate, partly compensated by increased data usage.

Uninor does not share specific details on data ARPU.

“We are giving an offer on 2G only which is data protocol which is slow in the longer run. 2G data works for the customers that have their initial taste of data. We are broadening the market but we’re also educating the market for later in broader usage,” Jon Fredrik Baksaas, president and CEO of Telenor, who recently stepped down, said last month.

“We don’t have sufficient spectrum for a complete data offering down the line. In the longer run it needs to be complemented with spectrum that can offer better bandwidths,” Baksaas said.

Uninor indicated the current spectrum would be enough for 2016 and 2017.

“The speed of data adoption in the Indian market will gradually gives us more vulnerability on how we resolve the data offerings. We’re exploring the idea of splitting our frequency base into one data part and one voice part,” said Baksaas.

As part of Telenor’s strategy “Internet for all”, Uninor launched Internet on Wheels. These are vans moving around the circles with trained staff spreading the awareness around benefits of Internet and mobile. It also takes the retail stores to the doorsteps of the customer. 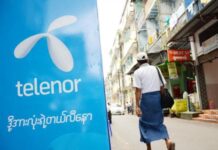