Only 20 percent of surveyed consumers in the United Kingdom, United States and China are actually using wireless charging technology – and 16 percent of those said they use it to charge their devices on a daily basis, according to the IHS Wireless Charging Consumer Insights Report.

“Most current users are using wireless charging to supplement wired charging, rather than as their primary charging method,” said Vicky Yussuff, analyst for wireless power at IHS Technology.

The low usage in wireless charging technology is despite the consumer awareness doubling to 76 percent of consumers in the United States, United Kingdom and China in the last 12 months against 36 percent in 2014.

IHS said a key factor behind this growth in awareness was the adoption of wireless charging by Samsung, Apple and other high profile volume manufacturers, as well as rising recognition of the wireless charging infrastructure available in the public sector.

Further examples include the LG G4 and special Verizon edition of the Sony Xperia, both with dual-mode Qi and PMA standard wireless charging, and the recent BMW 7 Series and other automotive announcements.

Shipments of wireless power receivers in mobile phone handsets alone are expected to exceed 120 million units in 2015, boosted by sales of the Samsung Galaxy S6 and S6 edge.

IHS said shipments of wireless charging receivers in the wearable electronics market are expected to rise to more than 20 million units in 2015.

Apple Watch is projected to take a dominant share of more than 70 percent of total revenue in wireless-charging-enabled wearable devices. 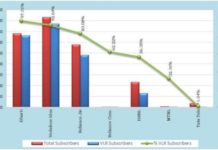 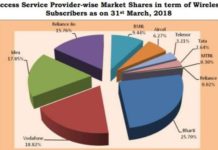