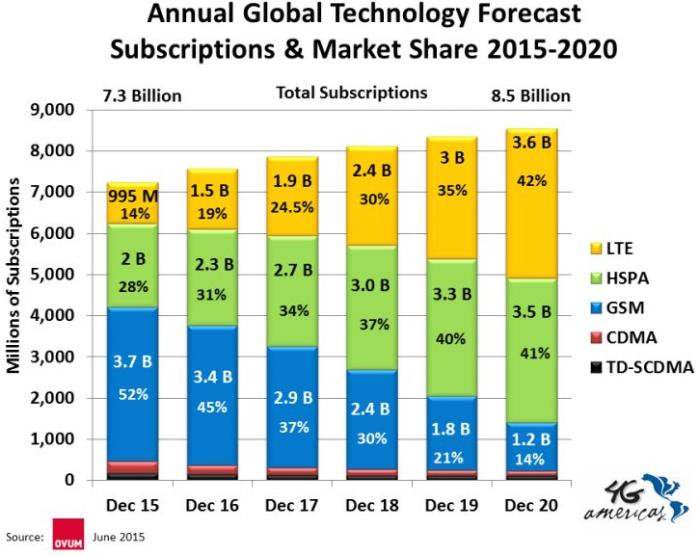 4G subscriptions will overtake 3G HSPA in 2020 when LTE will have 3.6 billon connections, said 4G Americas.

LTE subscriptions rose 141 percent to nearly 755 million in the second quarter of 2015.

There are 425 commercial LTE networks today in 145 countries. 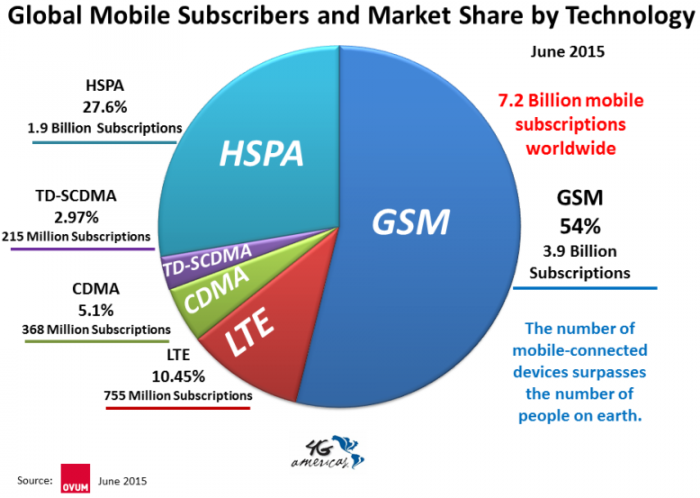 North America has 198 million LTE connections as of June 2015; net gain of 65 million new LTE subscribers during the last 12 months.

Telecoms deployed 70 commercial LTE networks in 28 countries — 52 in Latin America and 18 in the Caribbean.

There were 22.5 million LTE connections as of June 2015; net gain of 17 million new LTE subscribers during the last 12 months.