GSA has revealed the status of telecom operators’ investment in 5G, IoT networks, LTE and VoLTE launches till July 2018. 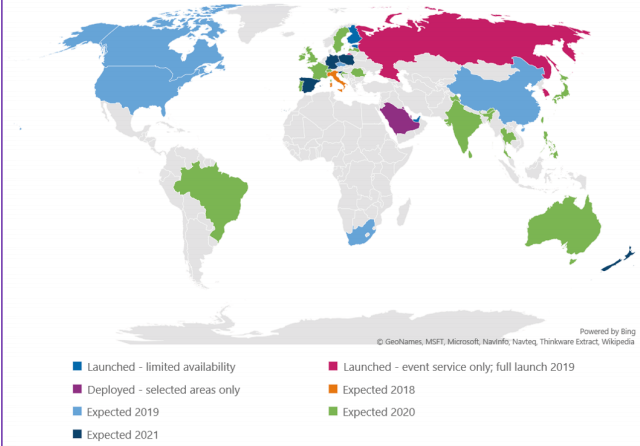 154 operators in 66 countries have demonstrated, are testing or trialling, or have been licensed to conduct, field trials of 5G-enabling technologies against 134 operators in April 2018.

67 telecom operators in 39 countries have announced intentions of making 5G available to their customers between 2018 and 2022, GSA said. The above chart shows the 5G network investment in several countries.

The latest research report said 229 mobile operators are investing in VoLTE in 107 countries including 156 operators with deployed / launched VoLTE in 76 countries as compared with 145 in 70 countries in April 2018. 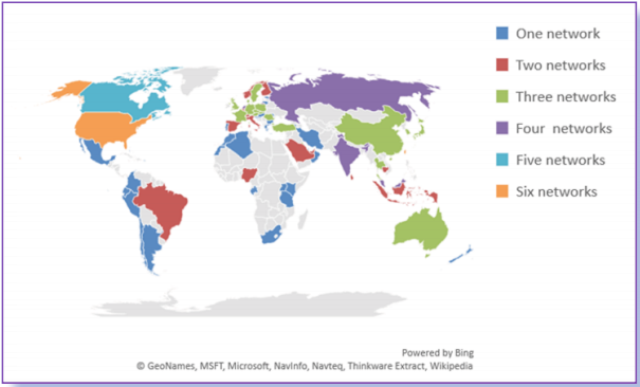 57 other operators are either planning to deploy or are deploying VoLTE services. 16 additional operators are involved in VoLTE tests / trials.

There are 681 public mobile or FWA LTE networks in service in 208 countries with some new operators in Africa joining the investment. GSA forecasts that 690–700 LTE networks will be commercial in 2018. 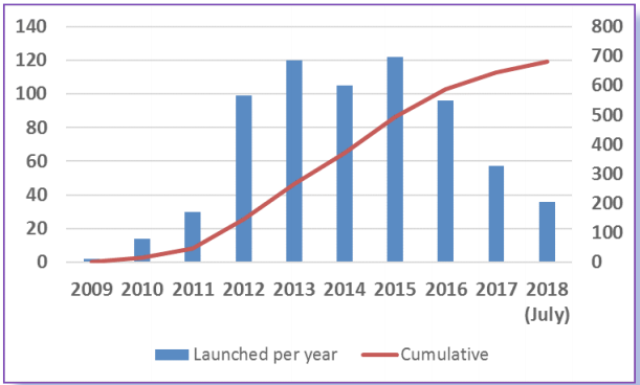 Digicel T&T Trinidad and Tobago and Digicel Anguilla in Latin America and the Caribbean region have announced LTE.

There are 117 operators investing in NB-IoT in 58 countries, including 60 deployed/launched NB-IoT networks in 38 countries. 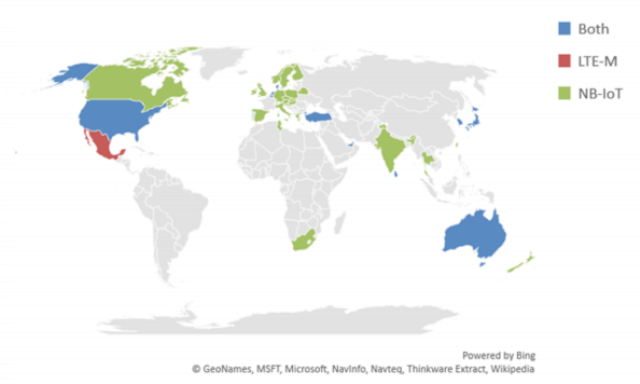 Operators in Europe and the Far East have made investment in NB-IoT network in the last three months. AT&T Mobility USA and AT&T Mexico plans NB-IoT in 2019.

Vimpelcom Russia and 3 Sweden have been testing the NB-IoT technology.

Telenor Denmark and Vodafone Netherlands have deployed their LTE-M networks.

T-Mobile Netherlands, Sprint USA and BASE Belgium – announced plans to launch the technology in the future.