This means, Airtel has achieved 20 percent market penetration in Africa’s most populous nation.

Airtel Africa CEO Christian de Faria said that the company’s subscriber growth was mainly driven by its GSM network and a stable internet growth from its residential and business segments. 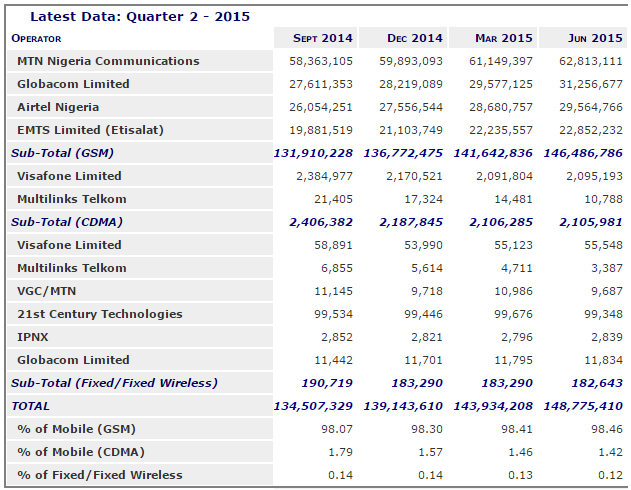 Nigerian Communications Commission said the total number of mobile subscribers in the country has increased to 146 million in June 2015 from 144 million in May 2015.

Nigeria’s mobile operators – Airtel, MTN, Etisalat and Globacom — added 2.1 million new subscribers in June 2015. The number of subscriptions to fixed networks increased from 181,625 in May 2015 to 182,643 during the same period.