The number of 5G subscriptions will reach 660 million by the end of this year. The increase is due to stronger than expected demand in China and North America, driven in part by decreasing prices of 5G devices, the Ericsson Mobility Report November 2021 said. 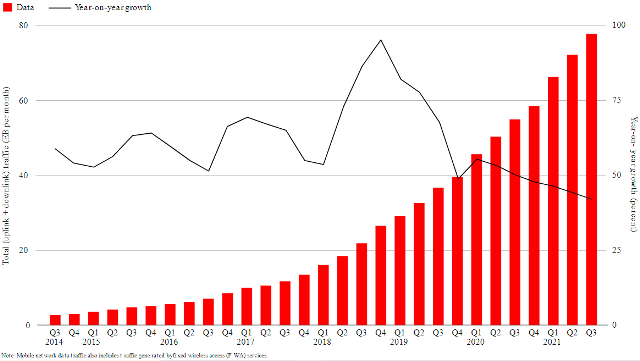 There was also a net addition of 98 million 5G subscriptions globally in Q3 2021, compared to 48 million new 4G subscriptions. At the end of 2021, it is estimated that 5G networks will cover more than two billion people.

5G is on track to become the dominant mobile access technology, based on subscriptions globally, by 2027. 5G is also expected to account for around 50 percent of all mobile subscriptions worldwide – covering 75 percent of the world’s population and carrying 62 percent of the global smartphone traffic by 2027.

Since 2011, the deployment of 4G LTE networks has been pivotal in generating 5.5 billion smartphone connections worldwide, contributing to the market availability of more than 20,000 different 4G device models.

This report indicates a much earlier technology lifecycle of 5G devices, with 5G handsets accounting for 23 percent of global volumes, compared to 8 percent of 4G handsets at the corresponding point in its lifecycle.

The report said broadband IoT has now surpassed 2G/3G as the segment that connects the largest share of IoT applications. It is expected to account for 47 percent of all cellular IoT connections by the end of 2021, compared to 37 percent for 2G / 3G and 16 percent for Massive IoT technologies (NB-IoT and Cat-M).

Massive IoT deployments are forecast to account for 51 percent of all cellular IoT connections by 2027, driven demand from use cases such as e-health wearables, logistical asset tracking, environmental monitoring and smart meters, and smart manufacturing tracking and monitoring devices.

FWA connections are forecast to grow almost threefold – from 88 million by the end of 2021, to around 230 million in 2027. Almost half of these connections are expected to be carried over 5G networks, the report said. 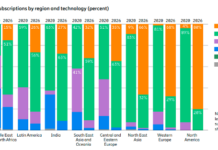