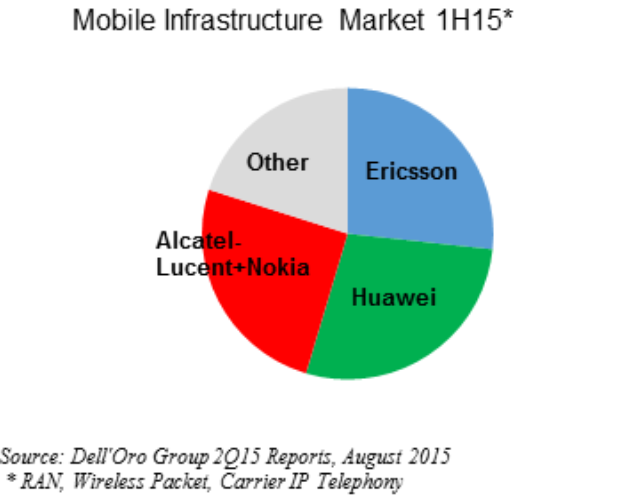 Telecom networking supplier Huawei has overtaken Ericsson as the revenue leader in the combined mobile infrastructure market in the first half of 2015.

Despite double-digit growth in the overall 4G equipment market including RAN LTE, Evolved Packet Core (EPC), and VoLTE related investments, it was not enough to turn around the overall mobile infrastructure market which declined at a mid-single digit rate in H1 2015 in USD terms.

The report said the adoption of virtualized Carrier IP Telephony is finally reaching the market. 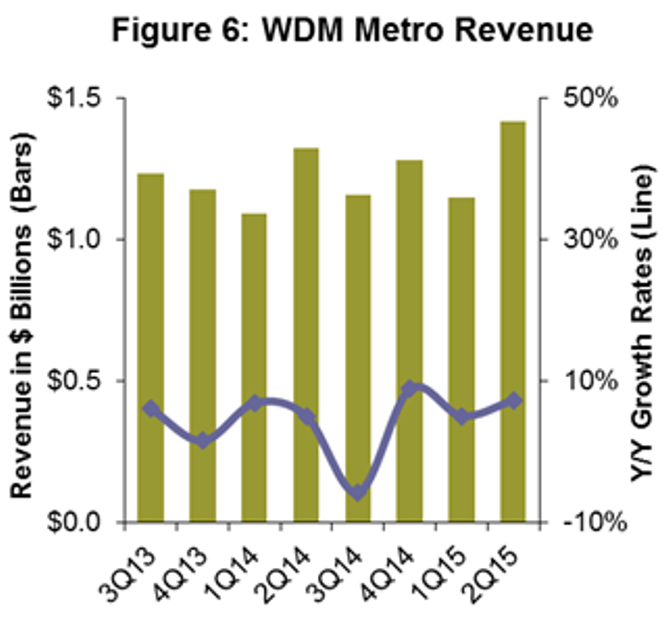 Ciena, Huawei, and ZTE grabbed more than 10 percent share of the Optical WDM Metro market each, and held a combined market share of 50 percent.