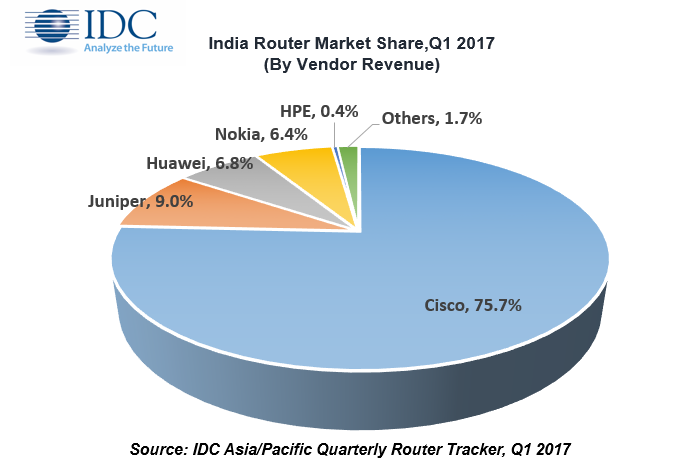 Cisco Systems leads the India router market in the first quarter of 2017 due to its strong presence in the telecom market.

Router market revenue in India increased 33.5 percent to $92.5 million in Q1 2017 – fuelled by spending by the telecom service provider and enterprise deployments, according to IDC.

The telecom service provider segment made huge investment in high-end routers for refreshes in order to upgrade the infrastructure requirements driven by the 3G, 4G deployments and mobile back hauls.

Telecom operators such as Bharti Airtel, Idea Cellular, BSNL, Vodafone India and Reliance Jio made significant investments in 4G expansion across the country.

Enterprises spent funds for high-end and mid-range routers. The rising demand for datacenters and cloud based deployments will propel its growth.

Juniper Networks and HPE are the other prominent vendors in the Indian router market with strong presence in the telecom space. 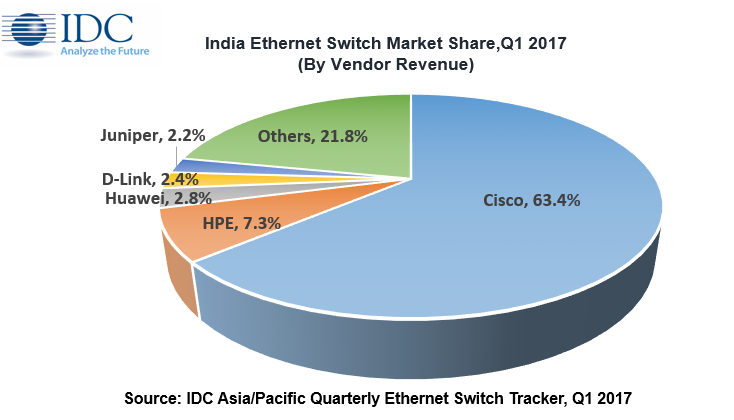