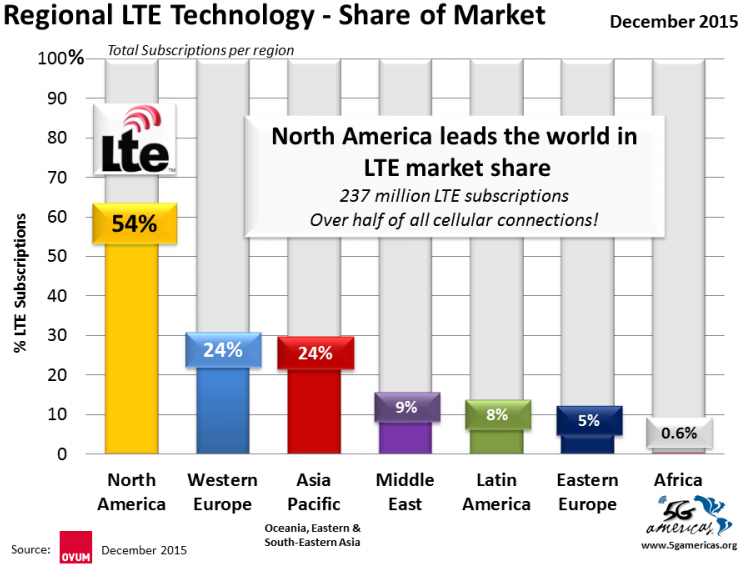 5G Americas, a telecom industry body, has revealed the latest statistics on LTE and LTE Advanced deployments by telecoms.

LTE connections are forecast to reach close to four billion in 2020. 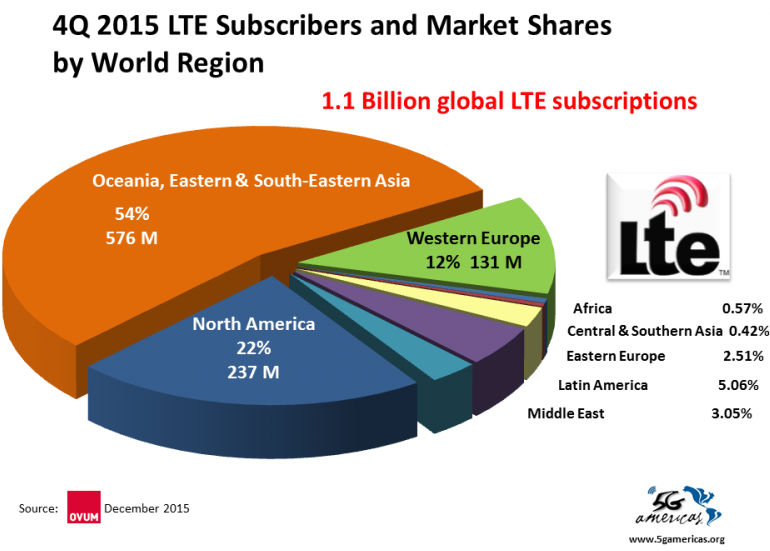 North America added 237 million LTE connections which covers more than half or 54 percent of all mobile connections in the region. Penetration of LTE in the U.S. was nearly 65 percent based on the country’s population of about 362 million.

There are 69 commercial LTE networks deployed in U.S. and Canada.

There are 7 commercial LTE-Advanced networks in North America.

There are 94 million HSPA connections in North America.