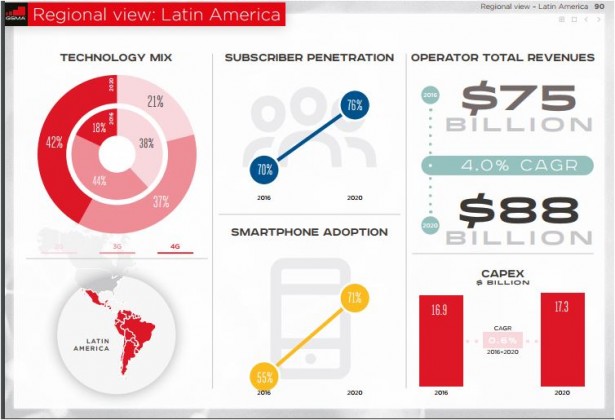 The share of mobile phone users that use Internet on a phone will increase to 83 percent in 2020 from 75 percent in 2017.

308 million population in Latin America does not have an Internet connection at present. 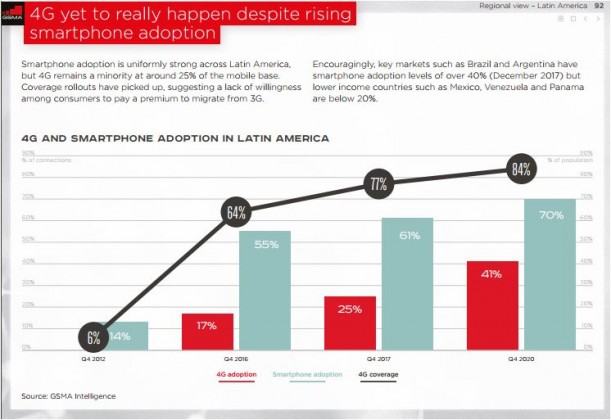 ARPU of telecom operators in Latin America is expected to increase in 2017 after several years of decline, driven by increased 4G adoption and higher data usage.

Brazil is the largest telecom market in Latin America and seeing the strongest growth. Regulatory impositions, such as those in Mexico, are factored in, as is increased competition in Mexico, Argentina, Chile and other markets.

Smartphone adoption is uniformly strong across Latin America, but 4G remains a minority at around 25 percent of the mobile base. Coverage rollouts have picked up, suggesting a lack of willingness among consumers to pay a premium to migrate from 3G.

Key telecom markets such as Brazil and Argentina have smartphone adoption levels of over 40 percent (December 2017) but lower income countries such as Mexico, Venezuela and Panama are below 20 percent.

MTN revenue surges 20% to R82 billion in first half