Lenovo, Xiaomi, Huawei and Gionee accounted for 12 percent of the total smartphone market in the second quarter, double from a year ago, said IDC.

Chinese phone vendors have tripled their shipments in India on year on year basis and doubled quarter on quarter.

“As China started to slow down, most vendors from the country have targeted India as the next big growth market for smartphones,” said Kiranjeet Kaur, research manager with IDC’s Asia/Pacific Mobile Phone team.

Chinese vendors have utilized online players such as Flipkart, Snapdeal and Amazon. They focused on bringing more 4G phones at affordable $100-150 price points which is left unattended by Indian and global vendors.

Indian smartphones market increased 44 percent to 26.5 million in the second quarter of 2015 with Samsung retaining its top spot with 23 percent, while Micromax has 17 percent. 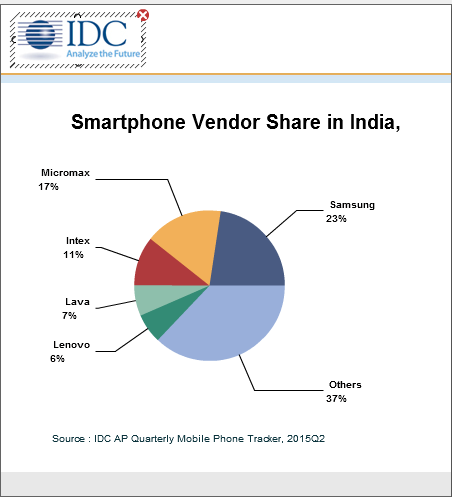 Except for Lenovo, the top vendors in the second quarter still had majority of their shipments going through traditional channels.

While Samsung experienced a quarter on quarter shipment decline, Micromax made a comeback this second quarter of 2015 with 60 percent growth. Samsung’s growth came from the affordable segment backed by strong performance in the first quarter.

Intex captured the number three position launching a slew of new models and Lava continues to feature in the top five of the India smartphone business. Lenovo, as a group, is the only China-based OEM in the top five list in India. It captured six percent of the market.

Currently, IDC expects India to maintain a double-digit growth rate over the next few years as people switch to smartphones and gradually upgrade to 4G smartphones as well. 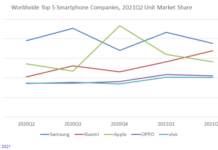 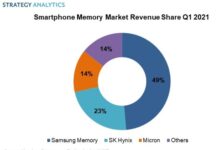