LTE connections grew by more than one billion connections or 43 percent from June 2017 to June 2018, a 5G Americas report said. 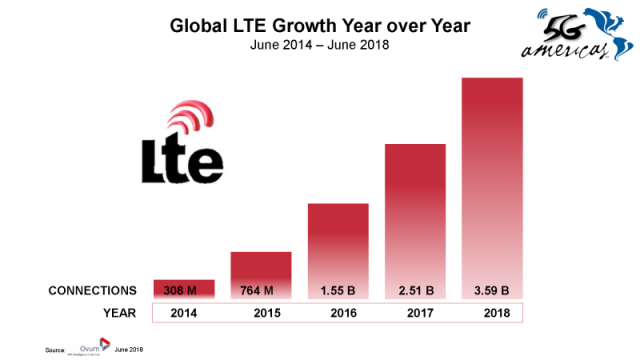 Research firm Ovum said the LTE market share reached 42.3 percent at the end of the second quarter of 2018 with LTE connections reaching 3.6 billion.