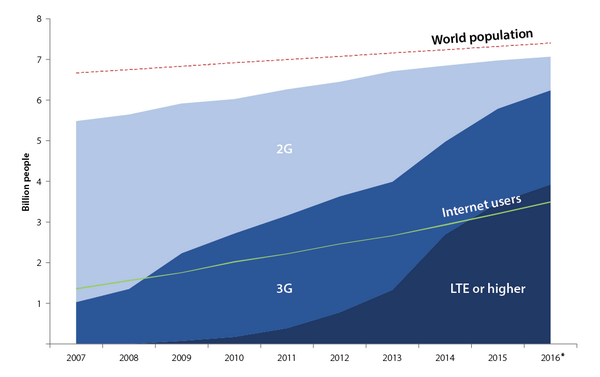 The number of mobile broadband subscriptions is expected to reach 3.6 billion by 2016 from 3.2 billion in 2015, said ITU.

95 percent of the global population – or some seven billion people – living in an area is covered by 2G cellular network.

ICT Facts & Figures 2016 shows that developing countries now account for the vast majority of Internet users, with 2.5 billion users compared with one billion in developed countries. 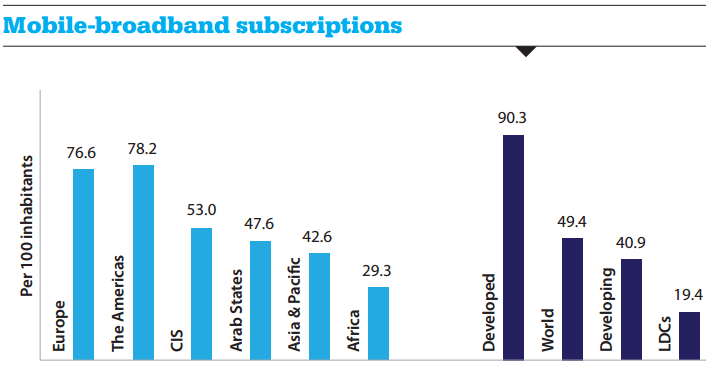 “Interconnectedness is expanding, however more needs to be done to bridge the digital divide and bring the more than half of the global population not using the Internet into the digital economy,” said ITU Secretary-General Houlin Zhao.

By the end of 2016, more than half of the world’s population – 3.9 billion people – will not be using the Internet.

While almost one billion households in the world now have Internet access (of which 230 million are in China, 60 million in India and 20 million in the world’s 48 Least Developed Countries), figures for household access reveal the extent of the digital divide, with 84 percent of households connected in Europe, compared with 15.4 percent in the African region.

By early 2016, international Internet bandwidth had reached 185,000 gigabits per second, up from a low of 30,000 gigabits in 2008. Lack of bandwidth remains a major bottleneck to improved Internet connectivity in many developing and Least Developed Countries.