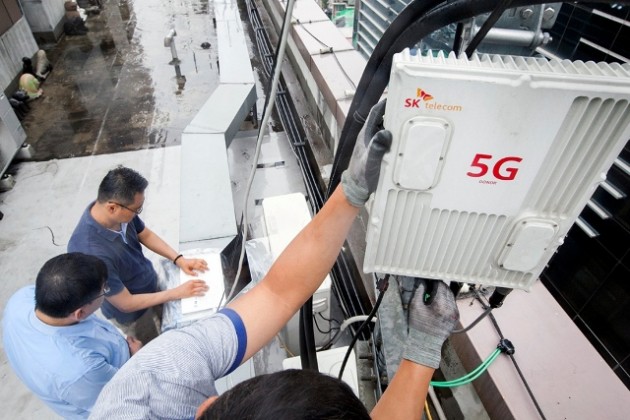 Telecom operators  will be spending a cumulative $44 billion on macrocell backhaul equipment from 2017 to 2021 as part of backhaul preparation for 5G.

IHS Markit today said the macrocell backhaul equipment market did not grow much in 2017.

Though the 5G picture for backhaul is unclear at present, fiber will be needed close to cells due to the high capacity spectrum required for high-capacity service delivery with low latency requirements.

“This means that there will always be backhaul, even if it is in a form that’s different from that of today, potentially incorporating fronthaul as 5G network evolution drives both distributed radio access network (RAN) and centralized RAN architectures,” Richard Webb said.

Chinese carriers have been deploying massive fiber to the home (FTTH) via passive optical network (PON), and their aggregation networks are planned for dual uses, serving both fixed access and wireless backhaul. Millimeter wave will also play a stronger role in both of these markets.

Revenue for EADs for macrocell backhaul is anticipated to decline slightly in the midterm due to a tail-off in LTE deployment and then bounce back to grow steadily through 2021 as 5G demand kicks in.

Microwave radio accounted for 39 percent of mobile backhaul equipment revenue in 2016. Revenue from microwave radio is expected to decline in the next few years as a proportion of the overall mobile backhaul market as more fiber and wireline Ethernet (IP edge routers and EADs) come into play.

However, the microwave radio segment will gain toward 2021 when LTE-Advanced Pro and early-stage 5G backhaul demand starts to drive the market, pushing microwave revenue back to modest growth.

The report said backhaul capacity upgrades for LTE-Advanced Pro in the midterm and backhaul preparation for 5G in the long term are anticipated to provide steady growth in the macrocell backhaul equipment market to reach $9 billion through 2021.