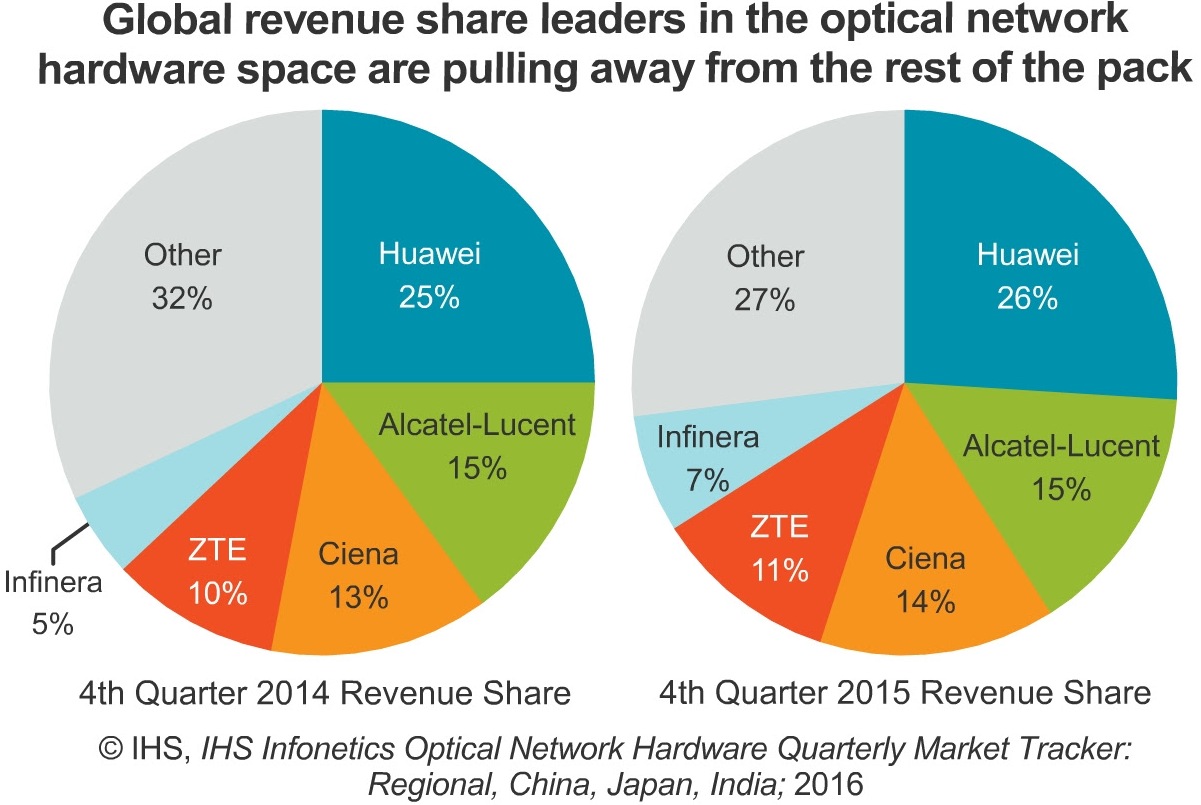 The size of the optical network equipment market increased 3 percent to $12.5 billion in 2015, said IHS Inc.

Telecom network vendors Huawei and Alcatel-Lucent performed well in the fourth quarter of 2015, both gaining significantly in share compared to Q3 2015.

Huawei, Alcatel-Lucent, Ciena, ZTE and Infinera are the optical hardware market share leaders in 2015, said Alex Green, senior research director for IT and networking at IHS.

Optical spending rose 17 percent sequentially, and grew 10 percent from the year-ago quarter to $3.5 billion in Q4 2015. 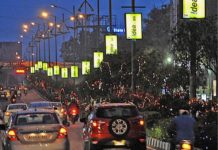 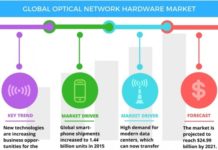