The cellular baseband processor market dropped 3 percent to $20.9 billion in 2019, according to Strategy Analytics. 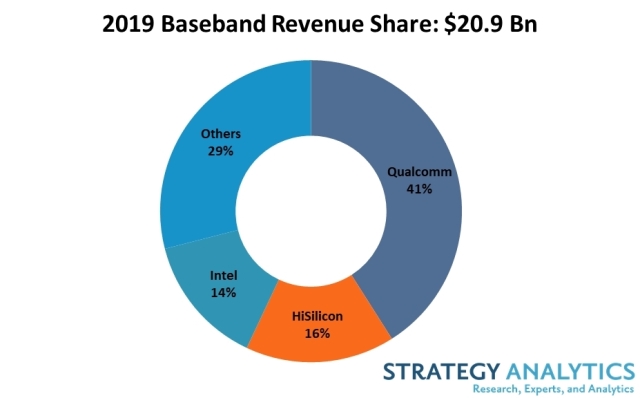 HiSilicon, Qualcomm and Samsung LSI were the key 5G baseband vendors in 2019 with significant design-wins.

5G will be a bright spot in the COVID-19 world and will likely defy the downward trend as handset OEMs prioritize 5G over 4G for their new launches.

The report said Qualcomm is well situated to grab more 5G share in 2020, driven by both the upcoming iPhone 5G design-win and proliferation of mid-range Android 5G in China and elsewhere.

Unisoc, the world’s third largest baseband vendor in terms of unit shipments, registered a strong growth in its 2G and 4G baseband shipments in 2019. Unisoc is well positioned to capture long-tail 4G LTE demand as the market leaders shift their focus to 5G.

Both HiSilicon and Samsung LSI performed strongly in the 5G baseband market in 2019. Apple could wait for another three to four years before deploying its own 5G baseband in an iPhone. It is possible that Apple could experiment with non-iPhone 5G devices in the next two years. 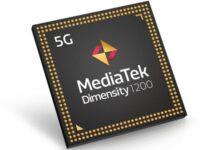 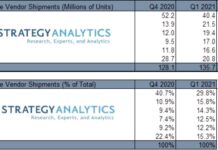 OPPO is the second 5G smartphone maker in the world 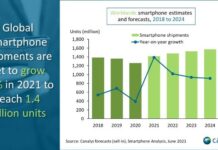