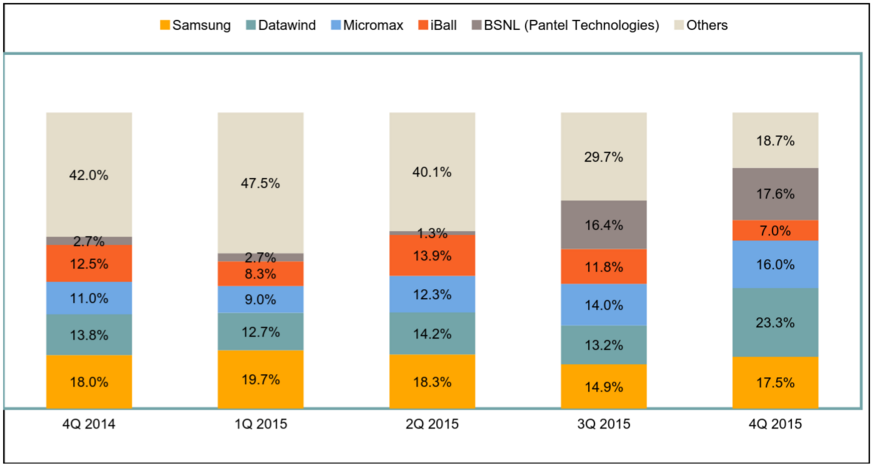 The growth in tablet shipment was due to the purchase by government.

Samsung is the number one tablet brand in India in 2015. Datawind has overtaken Samsung as the leading tablet brand during the fourth quarter of 2015.

Top 5 brands garnered 66 percent of the market share. 66 brands shipped their tablets in 2015.

Meanwhile, Lenovo has moved into the number one position in PC shipment in India in the fourth quarter of 2015 – beating HP.

Lenovo, the Chinese PC brand, increased its share due to the state government order execution in the quarter. Lenovo experienced the largest increase in market share in Q4 2015. PC shipments in India rose 10.6 percent to nearly 2.6 million units in the fourth quarter of 2015, said Gartner.