The smartphone memory market revenue rose 3 percent to $19.2 billion in the first half of 2020, according to the Strategy Analytics.

The smartphone memory market growth was fuelled by the shipment of high-density memory chips and recovering chip prices. 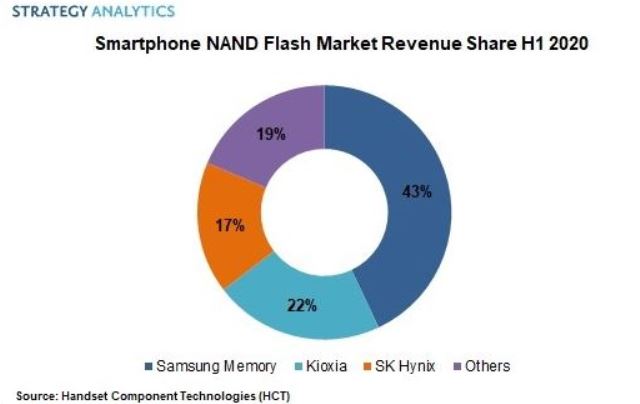 The NAND flash market revenue for smartphones rose 5 percent year-over-year in H1 2020 due to the shipment of high capacity UFS NAND flash chips.

Samsung Memory led with revenue share of 43 percent followed by Kioxia and SK Hynix with 22 percent and 17 percent respectively in the smartphone NAND market in H1 2020. 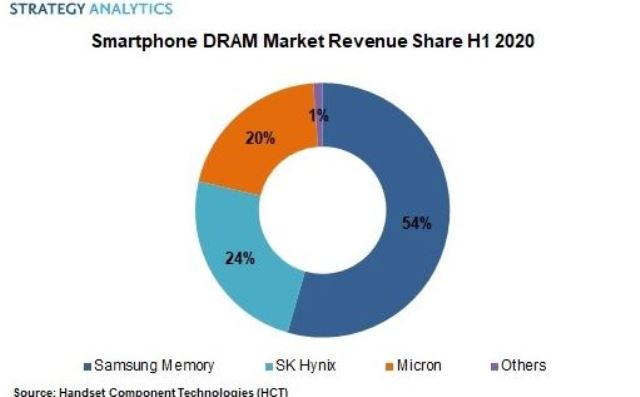 Samsung Memory led the DRAM chip business, registering a revenue share of 54 percent followed by SK Hynix with 24 percent and Micron with 20 percent in the smartphone DRAM market in H1 2020.